The mission of the National Museum of Italian Judaism and the Shoah (MEIS) is to introduce the national and international public to Judaism and to the history, culture, and values of Italian Judaism; within this framework, special attention will be devoted to the anti-Jewish persecutions and the tragic period of the Holocaust in Italy. The main goal of the Museum is to show the vitality and relevance of Jewish life and culture for today’s world, by promoting educational activities events such as conferences, temporary and permanent exhibitions, film screenings and performances on peace and dialogue between people and encounters between cultures and religions. 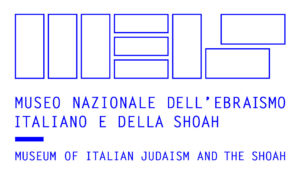 The first exhibition’s spaces opened in 2010, and in 2017 the 4000 square metres building will be inaugurated. The Museum will be completed in 2020, with a section dedicated to the permanent exhibition and a children’s wing. The site where the Museum is being established is the large architectural complex of a former prison, in the city of Ferrara. This complex was built in 1912. A qualified architectural restoration and recreation is adapting the buildings and transforming a place, once destined for reclusion and discrimination, into a space that will emphasize inclusion and integration.
While the permanent collection is under formation, with the aim to be exhibited in the main museum building that will be completed in 2020, the Museum promotes several temporary exhibitions. The inaugural exhibition “Jews, an Italian story. The first millennium” is designed as to be the first, large section prefiguring the Museum to come. Its goal is to communicate the uniqueness of the history of Italian Judaism, describing – for the first time in such detail – how the Jewish presence in Italy was formed and developed in subsequent stages, and how the Jews of Italy built their own unique identity, even with respect to the rest of Judaism. The presentation of temporal, spatial, social and cultural contexts is made through over two hundred objects – many invaluable – including 20 manuscripts, 7 sixteenth century incunabula, 18 medieval documents, largely from the Genizah of Cairo, 49 Roman and medieval epigraphs and 120 items such as rings, seals, coins, amulets that are little known or being displayed for the first time, on loan from many important museums in Italy and abroad.

No example object submitted (yet)!