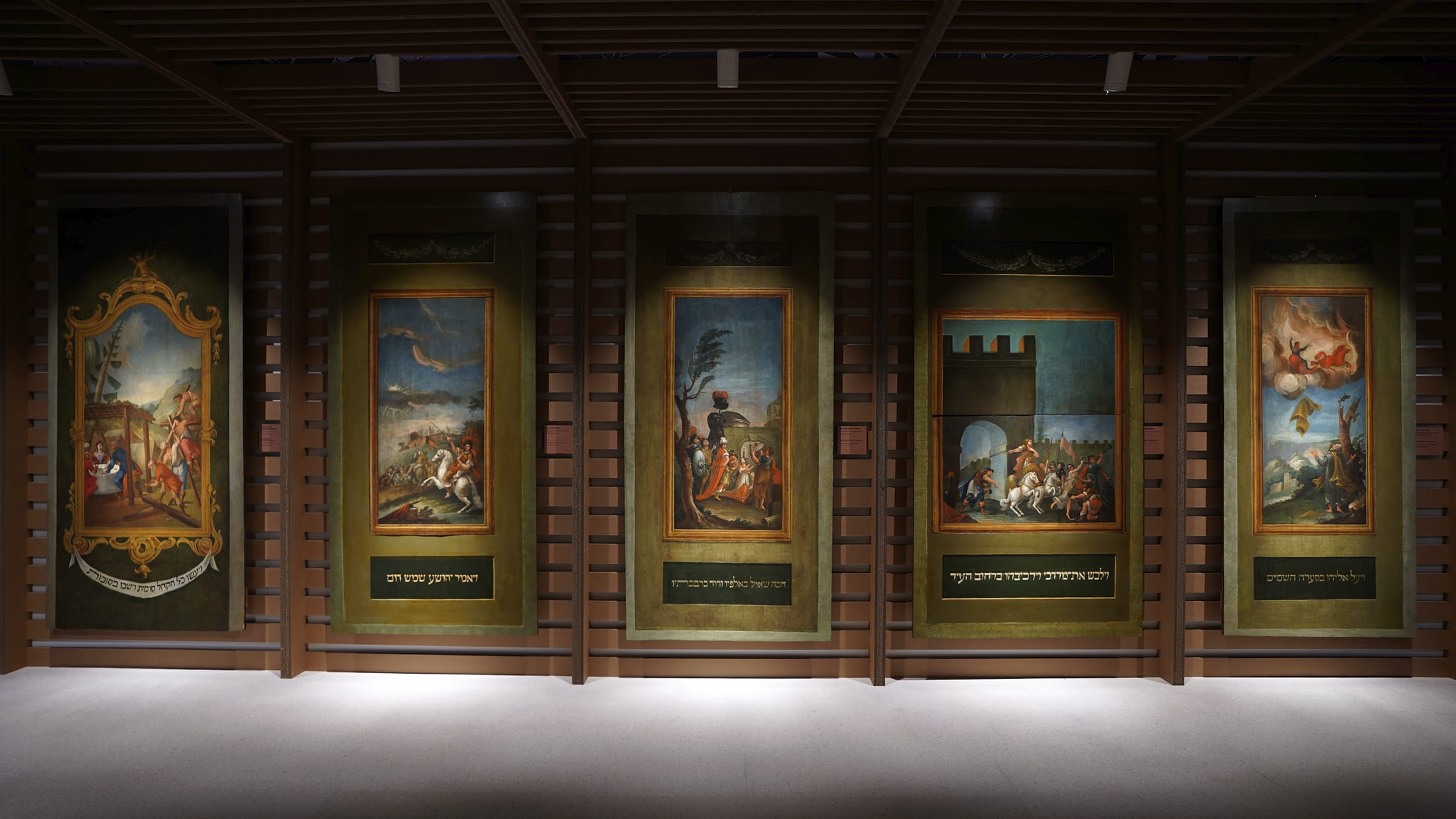 Under the same Sky

A symbolic journey into the values of the Sukkot Festival of the Huts, which every year celebrates precarious nature of life when recalling the biblical story of the Jews in the Desert after the exodus from Egypt. It highlights how up to date some ancient topics are.

Sukkot is one of the main holidays in the Jewish Calendar: it celebrates the survival of the Jewish people in the desert thanks to help from Heaven after they had left Egypt. The huts, Sukkot, stress the precarious nature of life as well as the strong bonds with the rhythms of the earth, environmental sustainability and the central role of water.

From October the 14th, 2022 to February the 5th, 2023, the Museo Nazionale dell’Ebraismo Italiano e della Shoah- (National Museum of Italian Judaism and the Shoah) is pleased to house the exhibition Sotto lo stesso cielo (Under the same Sky) edited by the Director Amedeo Spagnoletto and Sharon Reichel to gain a better understanding of the Jewish Festival of the Huts and its many facets.

The exhibition illustrates the religious, traditional features and the close connection between nature and the and the types of art this festival triggers with a new path inviting visitors to participate actively, interacting with what they see and hear thus enriching the exhibition.

To this day Jewish families build huts with frond rooftops in the gardens of the synagogue or terraces of their houses. They spend the seven days of the Festival inside the huts sharing meals with their many guests. The lulav is the symbol of the ritual: it consists of a palm frond, three myrtle and two willow branches, and a citron. It is used during prayers, loaded with fascinating symbolic meanings.

«Why have an exhibitions on Sukkot? – the curators Amedeo Spagnoletto e Sharon Reichel explain- The holiday was chosen because its values are so fitting to this day and age. Ideas such as the precariousness of life, respecting nature and people are central to the present situation. It is not an easy task to deal with religious contents, but it is a must for a museum that researches into Judaism. We wish to share these projects using a language that highlights their importance with all visitors. The focus on visitor involvement is seen as a means to break the ‘otherness’ barrier, help transmit the special features of Judaism to a vaster public, give we are all Under the same Sky (Sotto lo stesso cielo)».

The preparation and lay-out of the exhibition by Architect Giulia Gallerani mirrors the values of the Festival: low environmental impact recyclable triple wave cardboard was used and it was a real challenge. An unusual and complex exhibition route displays the many intricate themes that Sukkot enshrines, inviting visitors to interact, participate, get involved, connecting religious symbols to increasingly relevant contemporary references.
Right from the beginning, the route is linked to Nature through the four species of plants that make the lulav, describing their meaning and origin in detail. For instance, the story of the etroghim (citrons) from the Riviera dei Cedri, in Calabria, where the most precious variety of this fruit is grown- a smooth peeled citrus – also known as the diamond citrus because of its beauty and shiny rind. History suggests the Jews brought this fruit to this area.

A video installation shows the rite in the Italian community during Hoshana Rabbah, the seventh day of Sukkot. The sounds of the lulavim shaken during the prayer merges with the sound of rain, to further convey the awareness of a holiday that also celebrates the importance of water. The day after Hoshana Rabbah, Jews meeting in a Temple (Synagogue) add a formula calling for water (the Water Pouring), once again a sadly topical issue that leads to thinking about the environmental issues.

Nor could we miss out on focussing on the sukkah, the traditional hut that marks the beginning of the festival that must be prepared according to precise instructions such as the number of walls and the roof covering that must be built so as to enable you to see the sky at all times.

The wall panels, graphics and a video with LEGO® animation describe how to build the perfect sukkah. Basked with the famous bricks will be made available to visitors to build their own hut, an activity for children and adults alike.

Tradition states that after it has been built, the hut must be decorated and embellished so that it becomes a welcoming place, albeit a temporary and prone to be weathered. The exhibition includes 10 decorative wooden panels on display for the first time, manufactured in the Venetian area for a sukkah (hut) in the later 18th or 19th century, owned by the Abbey of Praglia. They are priceless works of art that survived their temporary nature and were not accessible to the public for this reason.

The 10 panels are decorated with biblical stories, with writing in Hebrew on the Pesach holiday and the construction of a sukkah (Sukkot). Others illustrate several characters such as Abraham, Melchizedek, Isaac and Rebekah, Jacob, Rachel, Josua, King David, Moses and Elijah. The panels making up the hut were disassembled every year and reassembled the year after, which is why sukkot from centuries past were scattered and lost due to their temporary nature and to the fact they were portable. Praglia’s is one of the very few precious ones to have survived.

MIX, a webtool, will offer visitors a deeper understanding of the panels, of the iconography and on their original appearance before being restaured. Mix contains the contents uploaded by the curators and by the Museum staff, and can be accessed by visitors’ personal devices, such as smart phones and tablets.

A catalogue with the contributions by experts will complete the exhibition. It will include the many topics displayed in the exhibition: the religious meaning of the Festival and the philosophical notions it has/conceals, farming techniques (agronomy), architecture and art.