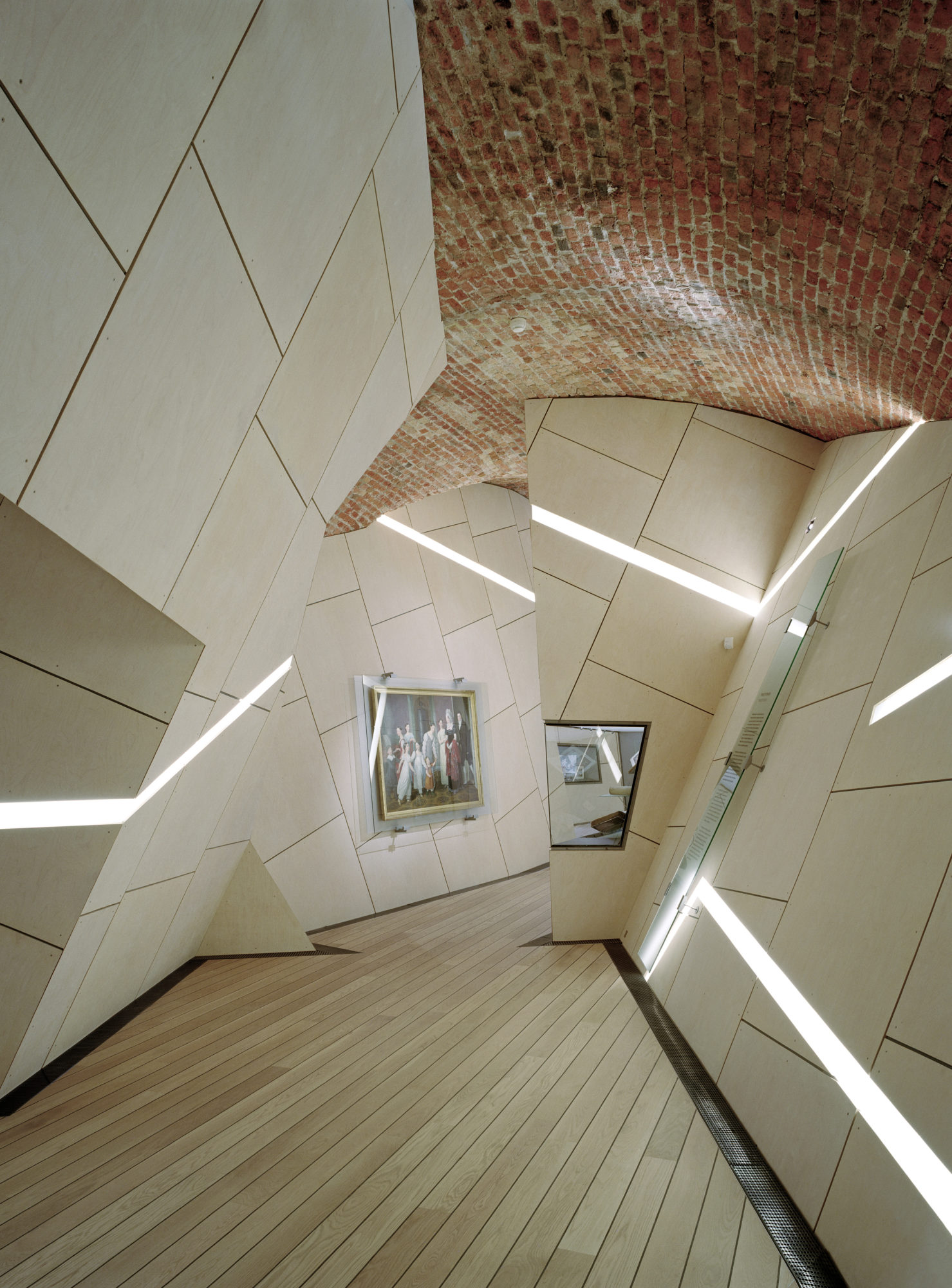 The Danish Jewish Museum is located in the idyllic Royal Library Garden in the heart of Copenhagen. The permanent exhibition “Space and Spaciousness” is recounting 400 years of Jewish history in Denmark. The strongest illustration of the spaciousness in Danish society is the rescue of the Danish Jews in 1943. The museum’s goals are to preserve the Jewish cultural heritage of Denmark and shed light on the diversity within this cultural heritage, including the issues of identity, integration and the relationship between the Danish Jewish minority and the society which surrounds it.

The Danish Jewish Museum is situated in a boathouse basement of The Royal Library constructed in the early seventeenth century by King Christian IV. He was the first King who invited Jews to settle in Denmark as merchants. The King is thus the link between these premises and the history of the Danish Jews. The interior of the museum was designed by the world famous architect Daniel Libeskind. His characteristic architecture will – in an almost labyrinthine manner – lead you into the enthralling universe of Danish Jewish culture. The architecture is reminiscent of the famous Jewish Museum in Berlin and it reflects the unique story of the Danish Jews during World War II, most of whom managed to flee to Sweden and avoid the Nazi concentration camps. The museum opened in 2004 as Denmark’s first minority museum and gained state approval from The Heritage Agency of Denmark in 2011.

The Danish Jewish Museum collects and preserves material that illustrates the history, art and culture of Danish Jewry. Many items have generously been donated by private people and the largest Jewish congregation in Denmark, Det Jødiske Samfund i Danmark, has also contributed with very significant donations. All types of objects can be important for understanding the history of the Danish Jews – from the simplest everyday implement to precious art. The collection reflects many different conceptions about what it means to be Jewish - and what it means to be Danish - and thereby provides empirical basis for studies in processes of identity, integration and assimilation.