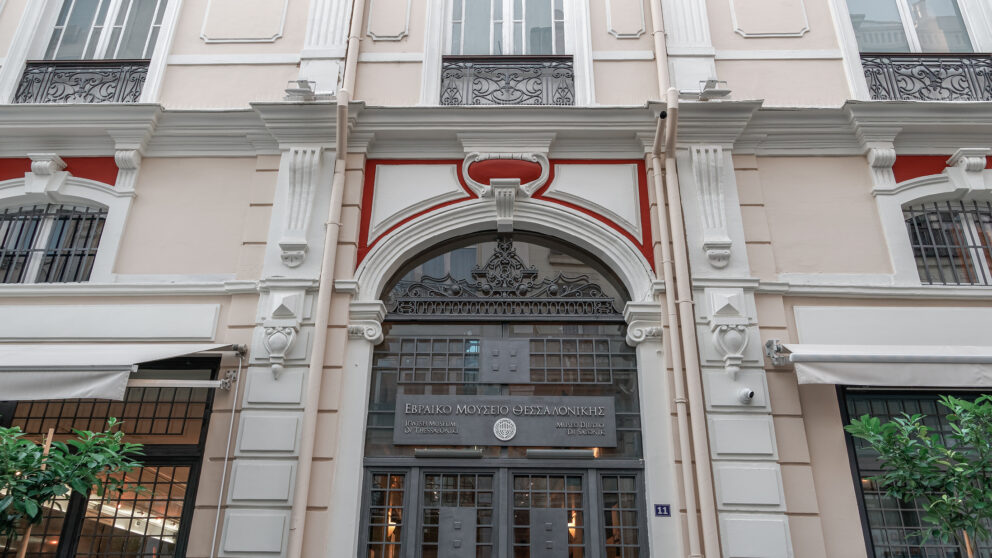 The task of the museum is to collect documents and heirlooms which have not been destroyed during the Holocaust, to preserve the remembrance of the victims of the Holocaust and to encourage the research about the continuous presence of the Jews in Thessaloniki for more than 2000 years.

In its short life, the Museum created collections of tombstones from the destroyed Jewish Cemetery, constructional parts of synagogues which have been demolished by the German Occupation Authorities, religious objects, old and rare books in Hebrew language, family memorabilia, ketubot (marriage contracts), public and private documents related to World War II, private correspondence, traditional outfits, fabrics, tablecloths, books and bank account booklets (until 1940). The museum has in its possession the only existing collection of surviving prewar family and school photographs, which has been formed by still continuing donations; last but not least, the Museum keeps an important digital collection of business documents pertaining to the Jewish companies of Thessaloniki.

The Museum prepared a number of important temporary exhibitions, with a thematic range spanning from 16th century to the Day after the Holocaust, to present unpublished historical documents. In 2016 the “Holocaust Victims Room” was added, which contains the names of 27,000 identified victims inscribed on marble surface. In 2019 the Museum’s area expanded and the exhibition area increased 100 per cent. In the same year the core historical exhibition “Simon Marks” paneling was restructured and tripled in seize. Two new rooms were established, the “Jewish Childhood Room” in 2021 and the “Unknown Musical Treasures of the Jewish Tradition of Greece” in 2022. A small room dedicated to the victims of the Bulgarian Occupation Zone (Eastern Macedonia and Thrace, 1941-44) is to open in 2022. The Museum applies the philosophy “The Museum outside of the Museum” with specific digital applications which encourage city tours around places of Jewish interest. Research programs on the local Jewish history and culture are being conducted in collaboration with the Aristotle University and independent scholars. Last, the Museum organizes seminars about Local History, which are attended by High Schools teachers, and specific tours for school classes.

The MiQua. LVR-Jüdisches Museum in the Archaeological Quarter of Cologne will tell 2000 years of history in one place. The museum…