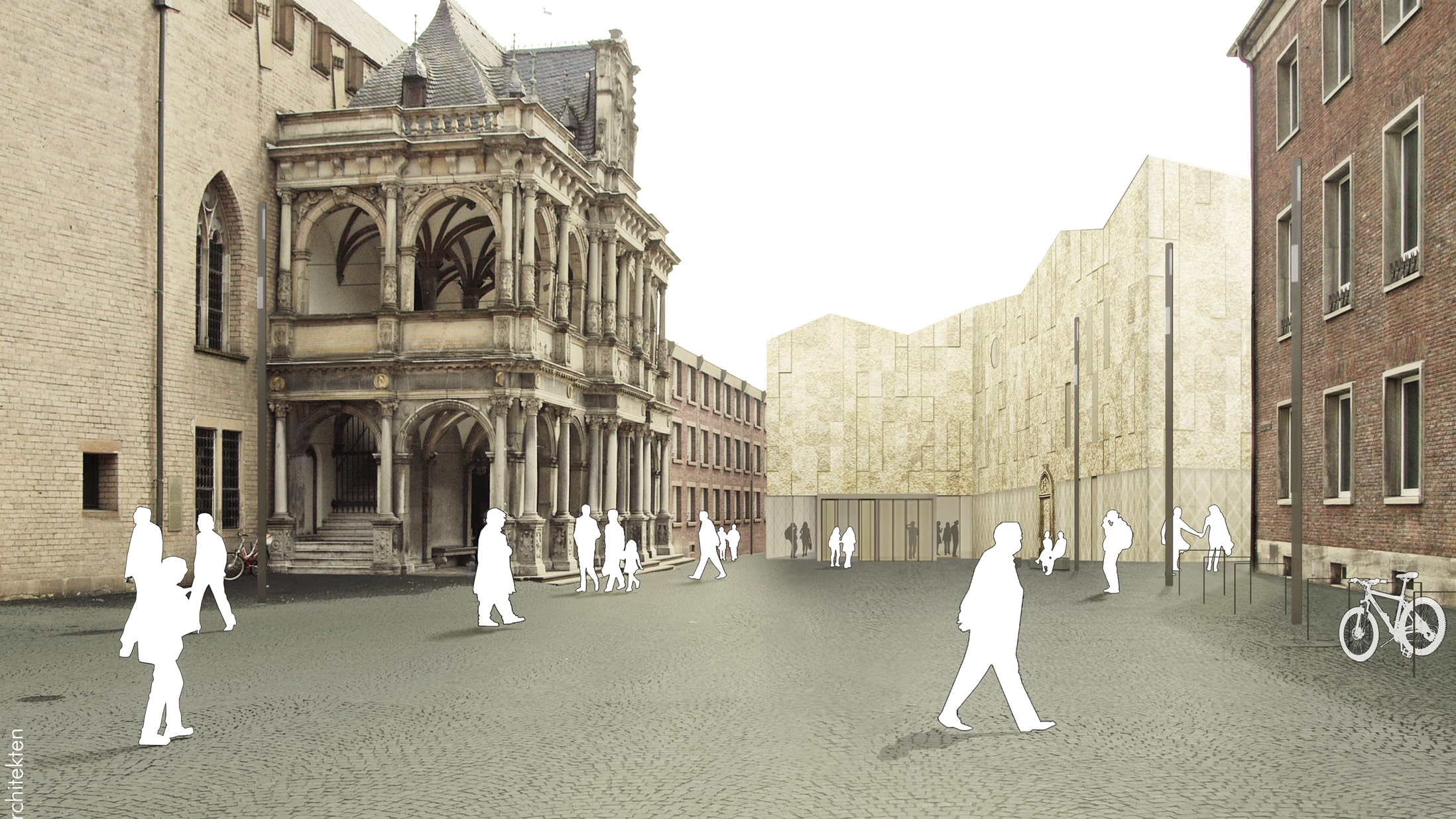 The MiQua. LVR-Jewish Museum in the Archaeological Quarter of Cologne will tell 2000 years of history in one place. The museum is currently still under construction, but has already been inspiring visitors since 2019 with joint special exhibition projects on Roman and Jewish themes with partner museums. Meanwhile, preparations for the future permanent exhibition are progressing steadily: In the heart of the city of Cologne, the museum project, which is unique in Germany, will make the historical development of the city from antiquity to the present day accessible on 8000 square metres above and below ground.

The most important archaeological findings of Jewish Cologne and Rhineland history from the Middleages until today and the Roman Praetorium, the centrepiece of the sixth UNESCO World Heritage Site in North Rhine-Westphalia, will be brought to life at the authentic site.

A tour of archaeology

A subterranean tour 600 m long and 6000 square metres in area enables visitors to embark on a voyage of discovery between the eras. The importance of the former Roman city of Cologne as a centre of power in the province of Lower Germania can be felt in the Praetorium, the Roman governor’s palace, which is unique in its size and completeness. Exploring the extensively preserved medieval Jewish quarter including synagogue and mikveh – two of the oldest Jewish religious buildings in the German-speaking world – as well as visiting the medieval goldsmiths’ quarter will give you an authentic insight into Jewish everyday life, but also into the coexistence of the Jewish and Christian populations of Cologne.

The place is the museum and the museum is the place. This formula epitomises the unique museum concept, because history is conveyed in the MiQua at the authentic site. Visitors experience the direct connection between the historical walls, the finds of the excavation and the stories of the people who shaped this place. Overlapping layers from 2000 years make the development and change of Cologne visible. Jewish history is a natural part of the overall history of the site. The barrier-free permanent exhibitions are supplemented by changing special exhibitions and events.

Jewish life up to the present day

In the new museum building above ground, the Jewish history and culture of Cologne are recounted from the expulsion of the Jewish population from Cologne in 1424 to the present day. Visitors will gain an insight into the 100-year history of exhibitions and collections of “Jewish objects” in Cologne, they will learn about Jewish life from a biographical perspective and can discover Cologne locations that have a Jewish narrative on an interactive digital city tour.

Here you can find our press releases (in German).