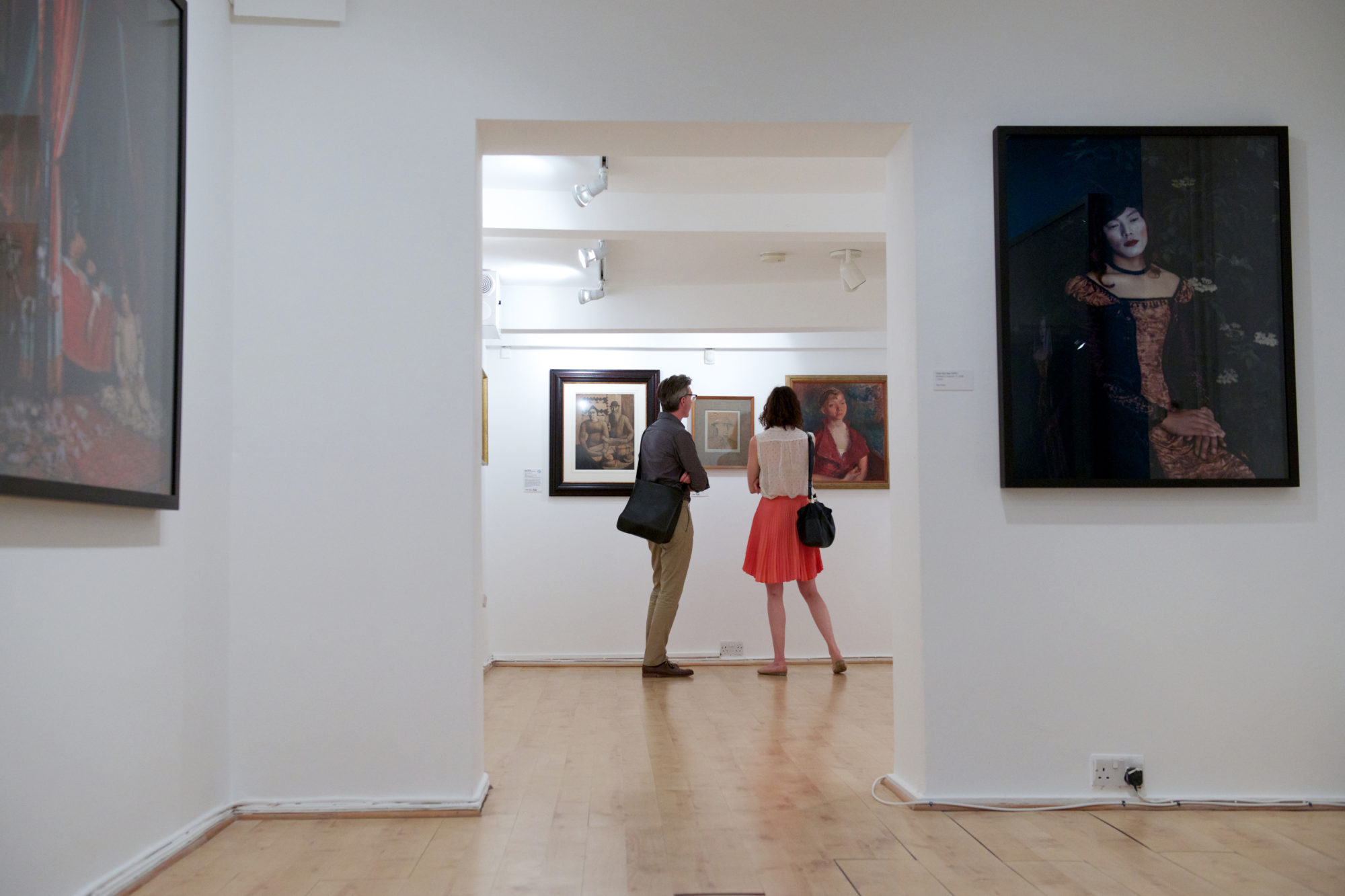 A registered charity and museum, Ben Uri announced in October 2018 its transformational Sustainability and Public Benefit Strategic Plan. This 20 page document re-visited, re-evaluated and carved forward thinking solutions to an expansive range of traditional museum best practices which were originally designed by, and primarily to reflect the resources of, large institutions – rather than small and medium sized institutions which represent over 80% of the UK (and no doubt European) museum sector. The plan put the future security and capacity to generate ongoing distinctive public engagement and benefit over the principle that every work in the Collection was sacrosanct. The result after 2 years of planning is ‘ benuri org’ which is the first full scale virtual museum and research centre. The transformation, quietly launched in September 2020, into a digital institution complemented by the physical gallery in London’s St.John’s Wood with its expanded art reference library and archive – and housing both research centres on the Jewish and immigrant contribution to British Visual Art since 1900 alongside the Arts & Health Institute which researches art interventions for older people living in social isolation or with dementia. Benuri.org presents over 40 different exhibitions at any on time, 100 pre-eminent world-class, 700 core and 600 reference, collection works,  100+ films, 70+ audio adventures, 200 school programmes, 100 arts and health interventions, 1100 pages of archives, over 500 exhibition records since 1925, scholarly essays and catalogues and some 100 completed research records (out of 1000+ currently work in progress) on those from the Jewish and immigrant communities who have made significant contributions to British visual culture since 1900.  Benuri.org is supported by an active presence in over 20 different digital platforms. Already in the first 6 weeks, Ben Uri engages ten times as many visitors than visited the gallery and are convinced this abandonment of our 15 year vision for a large, expensive to buy and maintain, physical museum building reflected the future of our society pre-Covid 19 and most certainly during and post Covid pandemics.

Ben Uri was founded on the 1 July 1915 by the Russian émigré artist Lazar Berson in London’s East End. It was originally called ‘The Jewish National Decorative Art Association (London) – ‘Ben Ouri’ – and was established to support and nurture art and creativity. The name Ben Uri echoes that of legendary biblical craftsman Bezalel Ben Uri, the creator of the tabernacle in the Temple of Jerusalem. During the 1920s, Ben Uri moved to a central London location, first near the British Museum in Bloomsbury, later moving to the West End and finally, in the 1950s, to London’s Soho, where it ran exhibitions and cultural activities until 1996. In 2002 Ben Uri moved to a temporary space in St John’s Wood, where it curated and toured ground-breaking exhibitions. In 2017-2018 the Trustees and senior management re-evaluated every aspect of this purposeful but underfunded institution based on a forward forecast of eventual un-sustainability and crafted a transformational Sustainability and public Benefit Strategy which re-designed every operating procedure to reflect its distinctive public benefit ambitions, its financial, physical and human resources and its most effective long-term method of engagement and dissemination. The revised strategy redefined the collection and collecting policies which resulted in the creation of the pre-eminent Collection of some 10 works, the core collection of some 700 works and the de-accessioning of some 600 unfettered works the vast majority of which were rarely if ever exhibited (now referred to as the reference collection) and the sale of £1m out of a budget of £2m to fund the reinvention to secure a long-term viable future. The result is the transformation into a digital institution complemented by its existing physical presence – benuri.org – the first full scale virtual museum and research centre. 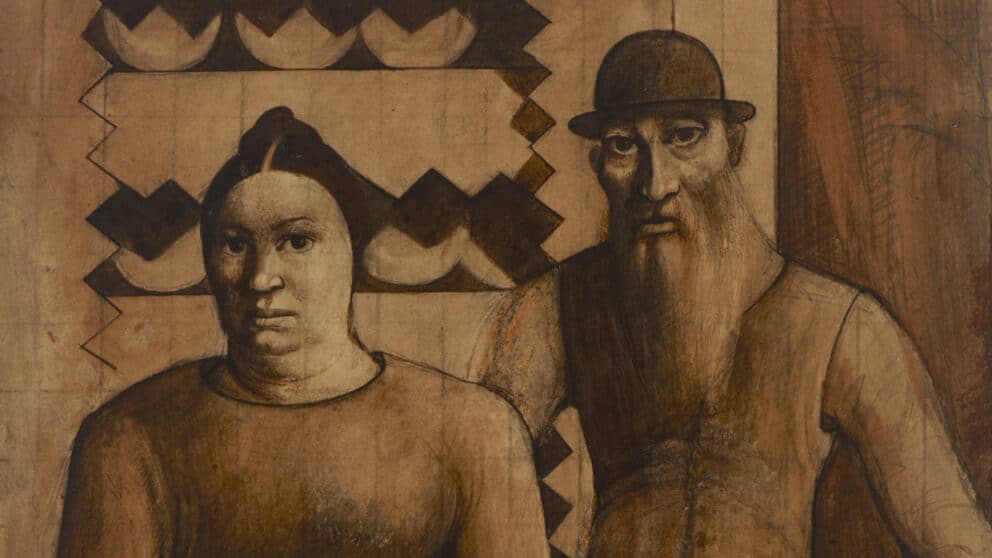 The Ben Uri collection is made up of some 1400 works, 100 pre-eminent, 700 core and 700 reference works spanning 120 years, by some 400 artists, mainly of Jewish descent: 67% émigrés, 27% women and 33% contemporary. The collection covers all subjects and mediums, primarily by artists of Jewish origin, who were either born, settled in, or had a distinct social or artistic connection to Britain. Together these works create a unique visual survey of Jewish artistic and social life during the 19th century through to the present day. The collection includes master works by Jankel Adler, Frank Auerbach, David Bomberg, Marc Chagall, Jacob Epstein, Mark Gertler, Samuel Hirszenberg, R B Kitaj, Leon Kossoff, Simeon Solomon, Chaim Soutine, Alfred Wolmark and many more. 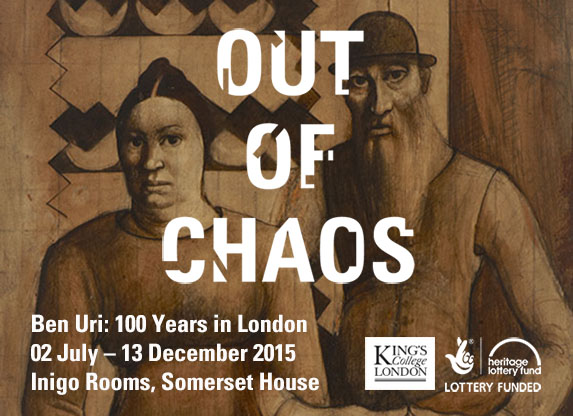 Centenary Exhibition! Out of Chaos; Ben Uri: 100 Years in London