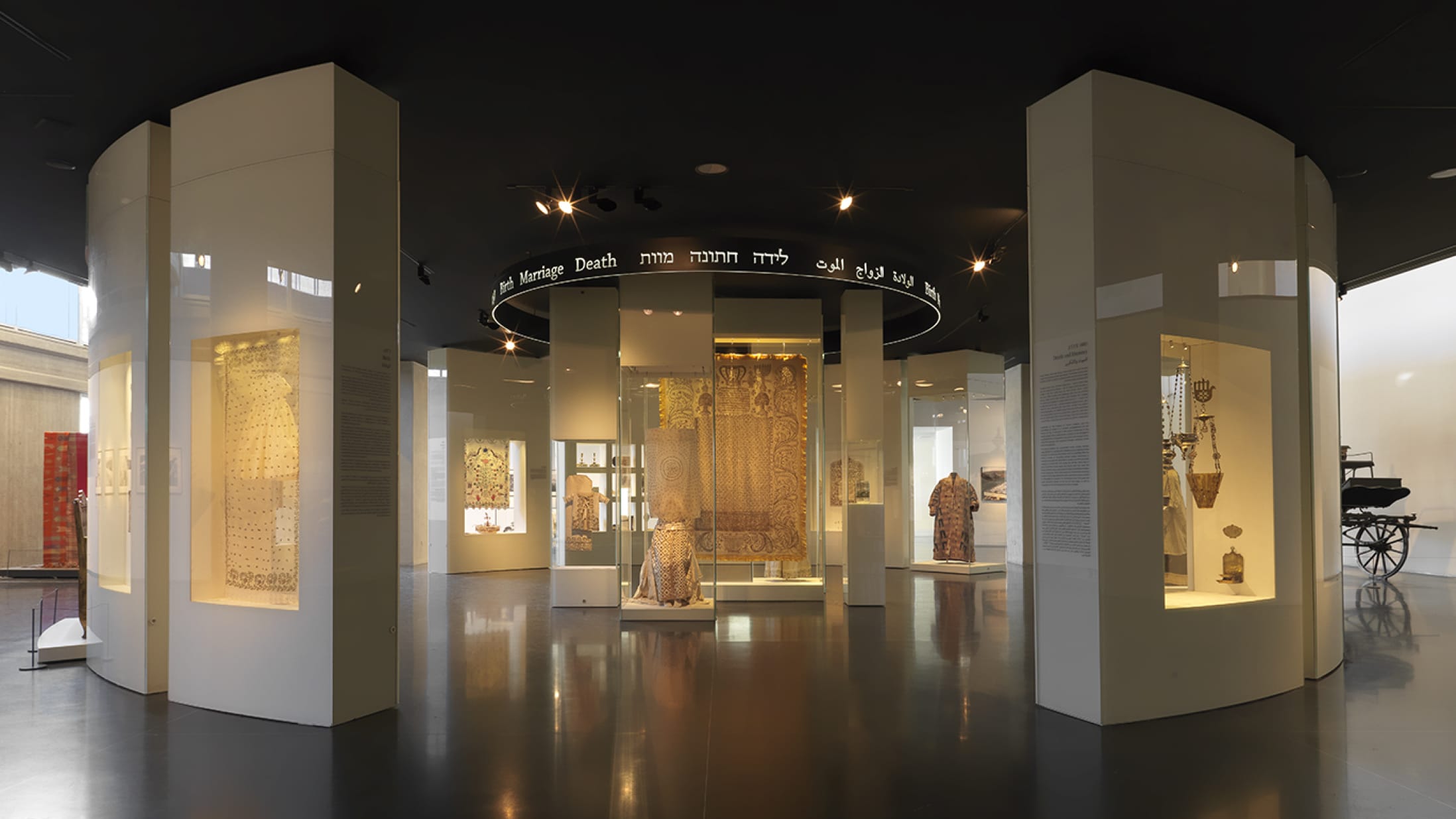 Entrance to the Rhythm of Life gallery © Photo: The Israel Museum Jerusalem, by Elie Posner

The Jack, Joseph, and Morton Mandel Wing for Jewish Art and Life

The Mandel Wing for Jewish Art and Life Wing is one of four major Wings of the Israel Museum, alongside Archeology, Fine Arts, and the Youth Wing. Founded in 1965, the Museum is now the largest museum in the State of Israel with a comprehensive collection of more than 500,000 artifacts.

The Jewish Art and Life Wing is home to the world’s most embracive collection of objects pertaining to Jewish religious and secular material culture from the Middle Ages up until today, from communities all over the world. The origins of the collection can be traced to the early twentieth century with the establishment of the Bezalel National Museum, and the expansion of its collection of ritual art objects through treasures rescued between the two world wars and after the Holocaust. This treasure was then integrated into the newly established Israel Museum in 1965. Over the years the Wing’s holdings have been strengthened through gifts and acquisitions of individual objects; private collections; and fieldwork within communities in Israel and abroad. The significance of these collections is not merely in numbers, but in the vast diversity they represent: Jewish communities in European and Muslim countries alike, contemporary and modern Judaica and Israeliana, and treasured illuminated Hebrew manuscripts.

Our expert curators and keepers manage collections spanning some 27,000 objects, in a broad array of fields: Jewish ceremonial objects and metalworks, costumes and textile, porcelain and woodwork, photographs and ephemera, Hebrew manuscripts and prints, & jewelry and amulets, as well as four reconstructed synagogues from three different continents. The Wing is also home to the Isidore and Anne Falk Information Center for Jewish Art and Life, an extensive research archive of upwards of 35,000 photos, films, and documents, whose aim is to preserve knowledge of our collection and present information on Jewish cultural heritage to students, academics and curators from Israel and abroad.

The permanent display of the Wing depicts a vivid cultural tapestry, weaving together the individual and the communal, the sacred and the mundane, and the heritage of the past together with the creative innovations of the present. Meanwhile, our temporary exhibitions aim to tell the stories of focused topics, and of individuals within their Jewish and secular cultural framework. Our position within the context of a large institution allows us to approach our research and our exhibitions with both a focus in our field and a collaborative spirit informed by the work of our colleagues in other departments, allowing visitors to experience Jewish culture in new, often avant-garde ways. 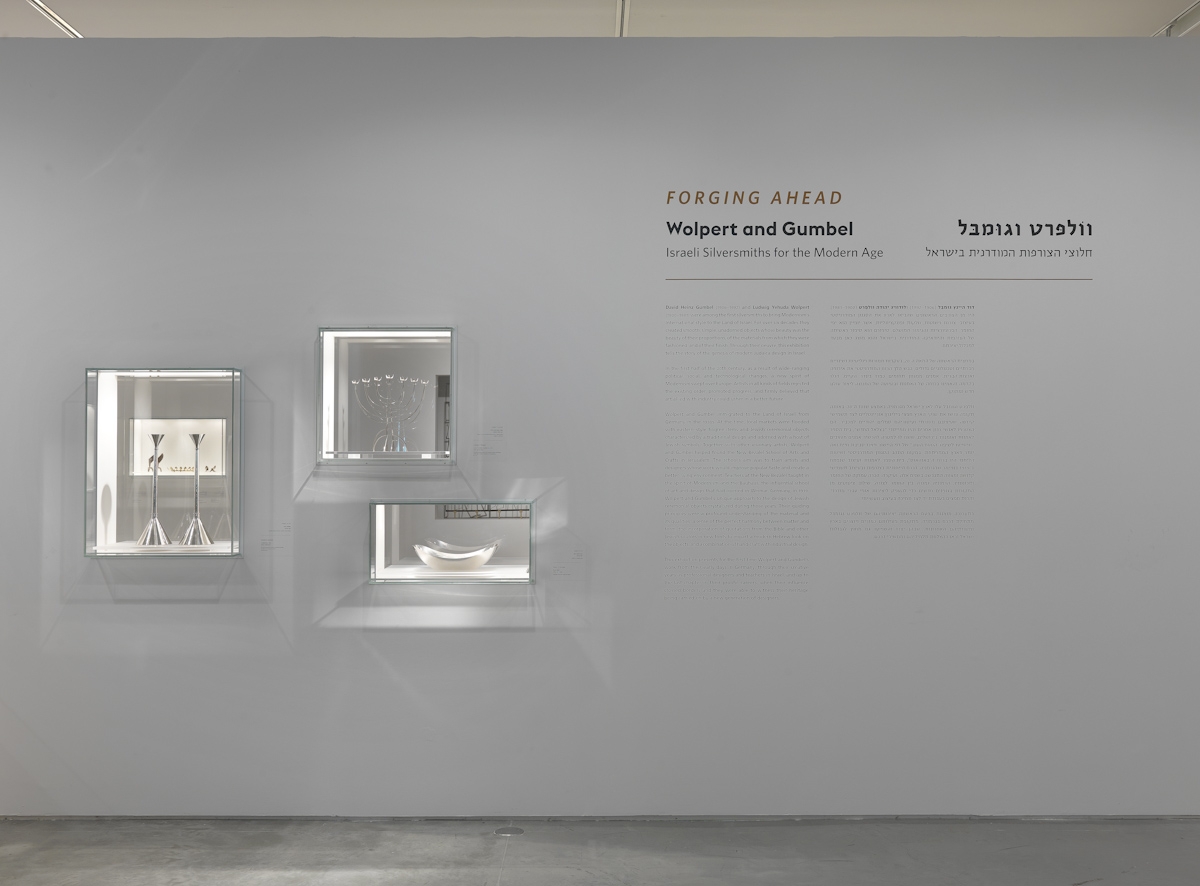 Forging Ahead: Gumbel and Wolpert – Israeli Silversmiths for the Modern Age