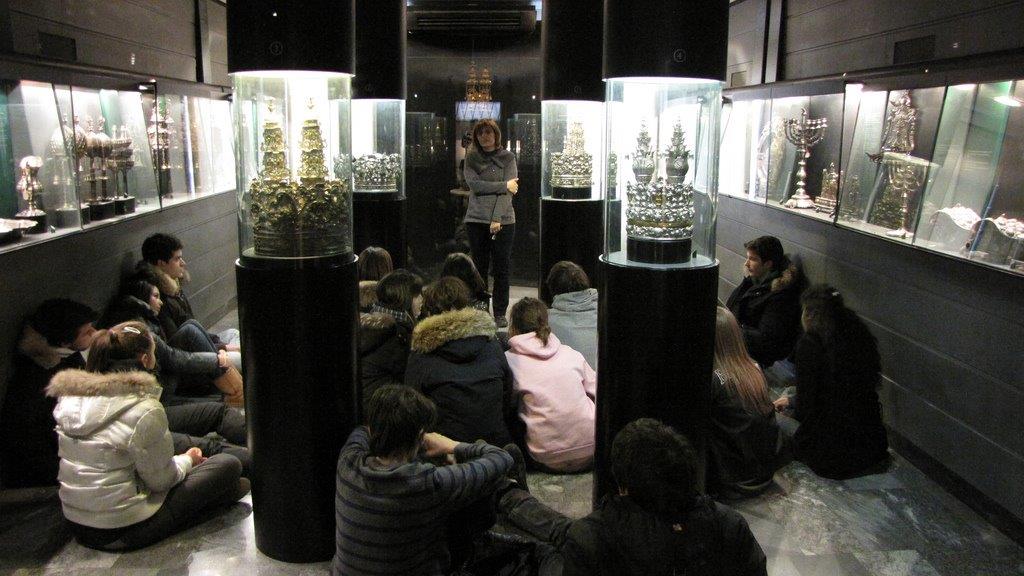 The Jewish Museum of Venice is not simply a delimited expository space, but a widespread museum, an urban, architectonic and museum complex which is unique for its own specificity. All the area of the ghetto can be considered an experiential museum. The best way to understand the essence of the Jewish neighbourhood is to visit the synagogues (“Scole”), which were built between the first quarter of the 16th century and the 17th  century by various ethnic groups: the German and the Canton synagogues, both Ashkenazi, the Italian synagogue, following the Italian rite, and the Levantine and the Spanish synagogues following the Sephardic rite.

The Jewish Museum of Venice was founded in 1954 by Cesare Vivante and rabbis Elio Toaff and Bruno Polacco, on a proposal from Giovannina Reinisch Sullam and with the cooperation of Aldo Fortis. It was dedicated to Vittorio Fano.

The museum was reorganized during the ‘70s by Reinisch Sullam and rabbi Piattelli, and during the ‘80s the exhibition area was enlarged and rearranged according to the plan of architect Camerino.

In 2004 a drastic enlargement of the exhibition area was started with the funds offered by Veneto Region and Prof. Umberto Fortis cured the project.

Venetian Heritage have been undertaken a fundraising campaign to remake the museum ex novo, adding the three adjacent synagogues to the exhibition area.

The aim of the museum is to make the history of one of the most important Jewish Communities known and to fight against prejudices and new forms of anti-Semitism providing knowledge of the Jewish culture.

The Jewish Museum of Venice was founded by the Jewish Community of Venice in 1954, in the Campo del Ghetto Nuovo, between the most ancient Venetian synagogues.

The objects shown in the Museum, important goldmsith and textile artifacts, testify the ancient and still alive Jewish tradition. The museum offers a wide selection of ancient books and manuscripts and some objects used in the most important moments of the Jewish life. The new exhibition area of the Museum describes the history of the Jews in Venice. The guided tour to the synagogues completes the visit to the ancient ghetto. Services: didactic workshops, bookshop specialized in judaica and kasher cafeteria.