The elements of the interior of the Vilnius Great synagogue, built in the end of the XVI c. – the beginning of the XVII c. (in front and on the right); fragments of the unique wood carved piece by the early 20th century Jewish folk artist Aaron Chait from Kelmė – “The Throne of King Solomon” (on the left). Photo by Paulius Raciunas.

The Vilna Gaon State Jewish Museum (VGSJM) is a national institution under the Ministry of Culture of Lithuania that collects, investigates, restores and presents to the society in different ways the historical, material and spiritual heritage of Lithuanian Jews, traditional and modern Jewish objects of art and documents and objects connected with the Holocaust, with the aim to fill the vast cultural gap in the narrative of Lithuanian history and the worldview of its inhabitants resulting from the totalitarian regimes of the 20th century. The goals of the museum are:

to enhance and cherish democratic and humanitarian values in society, based on the examples of global Jewish history and the tragedy of the Holocaust in Lithuania and Europe;

to introduce society to famous Jews of Lithuanian descent who played an important role in Lithuanian and world history, culture and art;

to develop the artistic taste of visitors by offering opportunities to get acquainted with the unique works of talented Jewish artists, including paintings, music and literature.

In 1989, the Jewish Museum was re-opened after 50 years of non-existence (history of Jewish museums in Lithuania goes back to 1913). In 1997, on the 200th anniversary of the death of the reknowned Torah scholar the Gaon of Vilna, the institution was renamed the Vilna Gaon State Jewish Museum. Today the museum has five exhibitional departments: the Tolerance Center, the Holocaust history exhibition, the Paneriai mass killing site memorial, the former Tarbut Gymnasium building (the future Center for Litvak Culture and Art) and Jacques Lipchitz Memorial Museum in Druskininkai (latter both are closed for renovation). Located in the former Jewish theatre on Naugarduko St. 10, the Tolerance Center is the venue for permanent and temporary exhibitions on Lithuanian Jewish history, Judaica, culture and arts. In the cosy theatre hall, thematic presentations, conferences, seminars, lectures, movie screenings, concerts, educational programs are being organized. 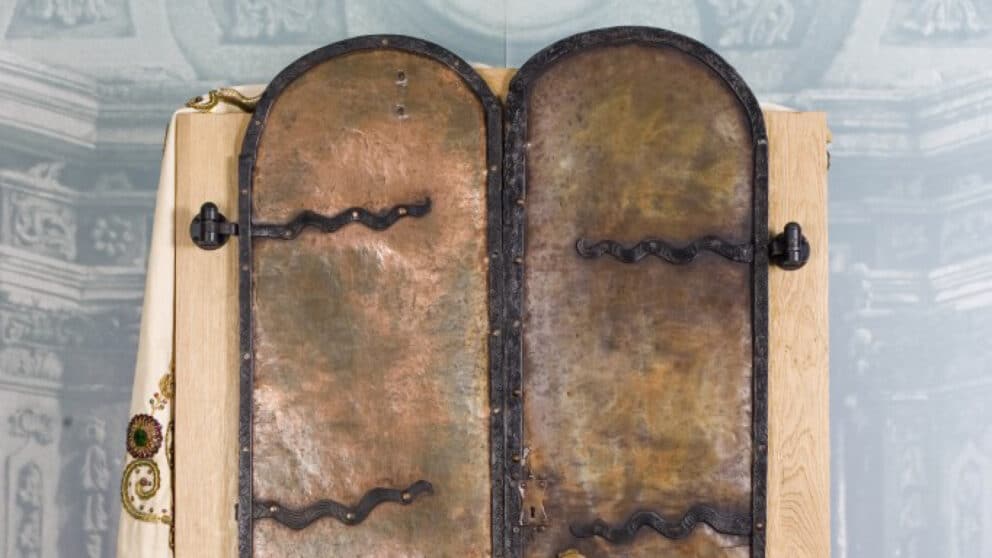 Most of the stored artifacts from the post-war Jewish Museum were returned to the re-established Museum in 1991. Currently about 30,000 items are being conserved. The collection highlights are three authentic interior details of the Vilnius Great Synagogue, built in the end of the XVI c. – the beginning of the XVII c. : the twofold doors of the aron kodesh, the cartouche with the Tablets of the Law, and the candlestick from the omed (the cantor’s desk).

The woodcarving tradition acquires unexpected shapes in the piece by the early 20th century Jewish folk artist Aaron Chait from Kelmė – “The Throne of King Solomon”. This masterpiece, created in the 3rd decade of the 20th century, is a multi-figural dimensional composition, a sculptural installation incorporating architectonic elements, carvings of different animals, and over two hundred dressed dolls. In the context of Lithuanian Jewish art this composition is unique.

Also, artworks by famouse painters Theo Tobiasse, Emmanuel Mané-Katz, Pinchus Kremegne, Max Band and others are part of the permanent collection of the VGSJM. Museum’s writing collection consists of books, press, manuscripts and posters. A unique and most valuable set of items among these groups are books from the Romm publishing house and ghetto documents including handwritten diaries.