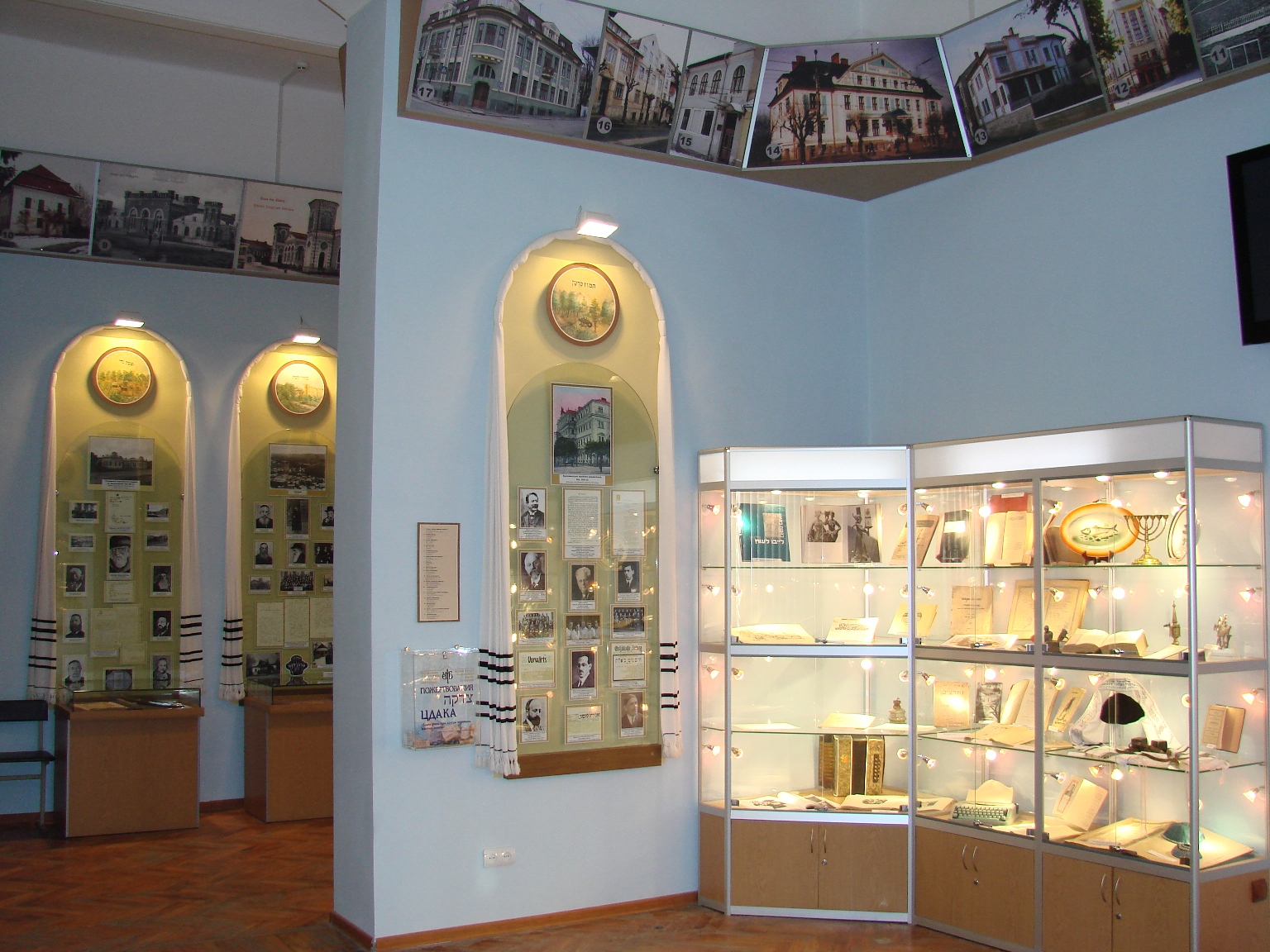 The Chernivtsi Museum of the History and Culture of Bukovinian Jews was opened in 2008. It is envisaged as a monument to the Bukovinian Jewry – a subethnic group, which formed in Bukovina in the late 18th – early 20th centuries and left unique historical-cultural heritage here.

The first attempt to open a Jewish museum in Chernivtsi was made in the late 1920s. The Jewish life, which had existed in Bukovina for 200 years, was prospering here and offered a great number of museum objects. Unfortunately, the plan was not implemented.

The next attempts to create a Jewish museum in Chernivtsi were made just at the beginning of the 21st century. Despite of difficult circumstances connected with interruption of the cultural tradition and decrease of local Jewish population, the Jewish museum in Chernivtsi was opened in 2008. It is situated on the ground floor in the building that used to be the Jewish National House (built in 1908).

The initiative for museum’s creation came from socially active representatives of the Jewish community. The main initiator and creator of the museum was Joseph Zissels, the Chairman of the Association of the Jewish organizations and communities (VAAD) of Ukraine.

The permanent exhibition is situated in a small area of about 60 sq m. It consists of photographs, official documents of state bodies, associations, administrations of the Jewish communities, private letters etc., which were found in public archives and libraries of Ukraine and other states. The exhibition contains also objects (books, cloths, instruments, objects of the everyday and religious life, art works etc.), which were collected with the help of museum’s friends in Ukraine and abroad. Some exhibits were given to the museum by representatives of the Bukovinian Jewish Diaspora.

The Vilna Gaon State Jewish Museum (VGSJM) is a national institution under the Ministry of Culture of Lithuania that collects, investigates,…