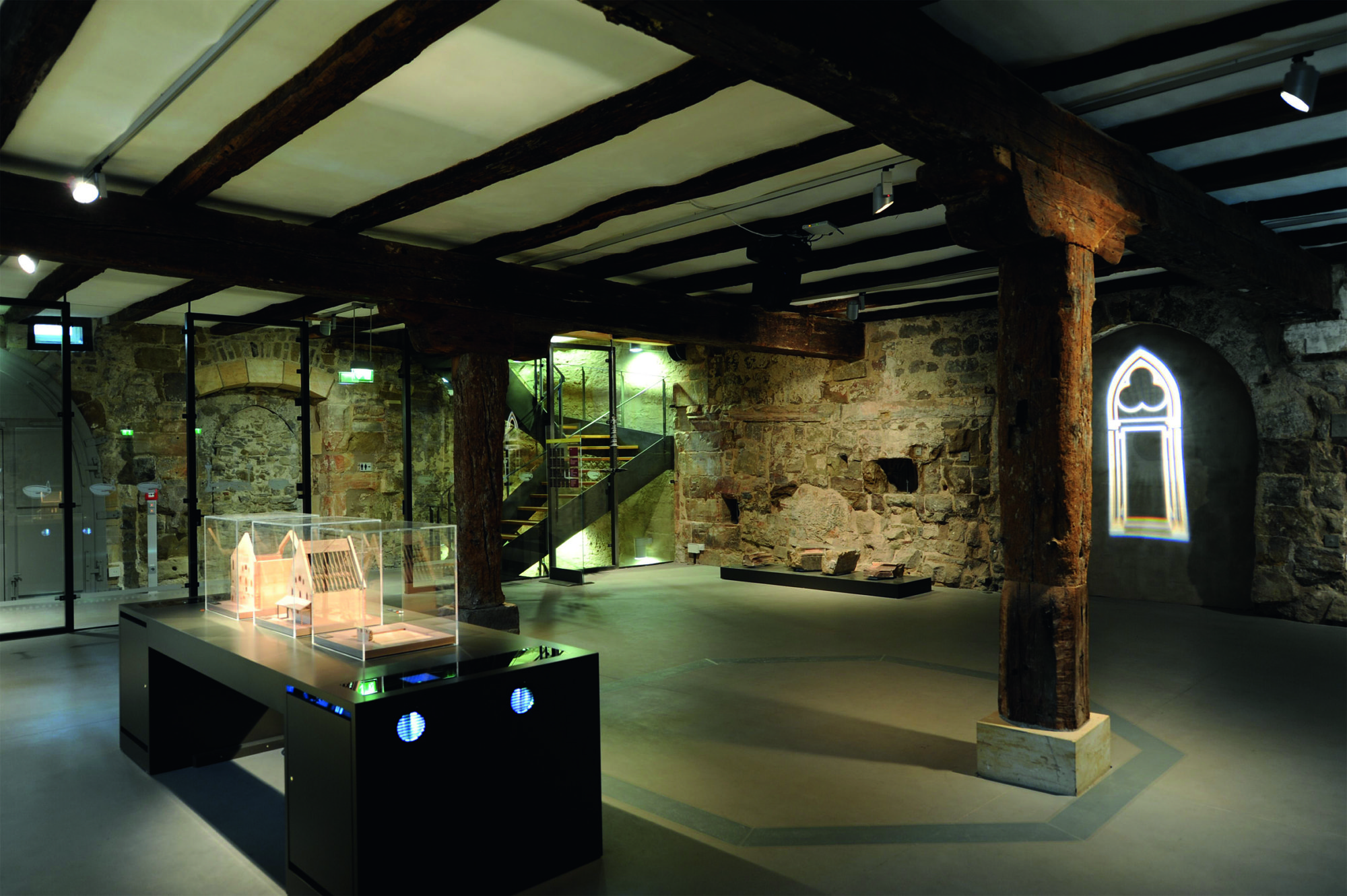 The Old Synagogue, with parts dating from the 11th century, is the oldest synagogue in Central Europe that has been preserved up to its roof. In 2009 an extraordinary museum and space was created here, in which medieval reminders of the Erfurt Jewish community can be viewed. Together with the documentation of the building history of the synagogue itself it provides an insight into the life of the Erfurt community, which in the Middle Ages held a prominent position in Europe.

The Jewish community of Erfurt first appears in the historical record in the late 11th century, with the earliest recorded building of the Old Synagogue dating from around that time. Up until the 14th century the Old Synagogue is rebuilt and adapted several times to the needs of the growing religious community.

Subsequently to the pogrom of 1349 the Erfurt Council took the Synagogue into its possession and sold it to a trader. He converted it into a storehouse. In the middle of the 19th century an inn moved into the building: On the upper floor there was a ballroom, on the ground floor dining areas, and a skittle alley in the cellar. Several extensions enclosed the synagogue building almost completely, its original purpose faded from public consciousness. Rediscovered at the end of the 1980s, studied, and renovated, it has been used a museum since 2009. 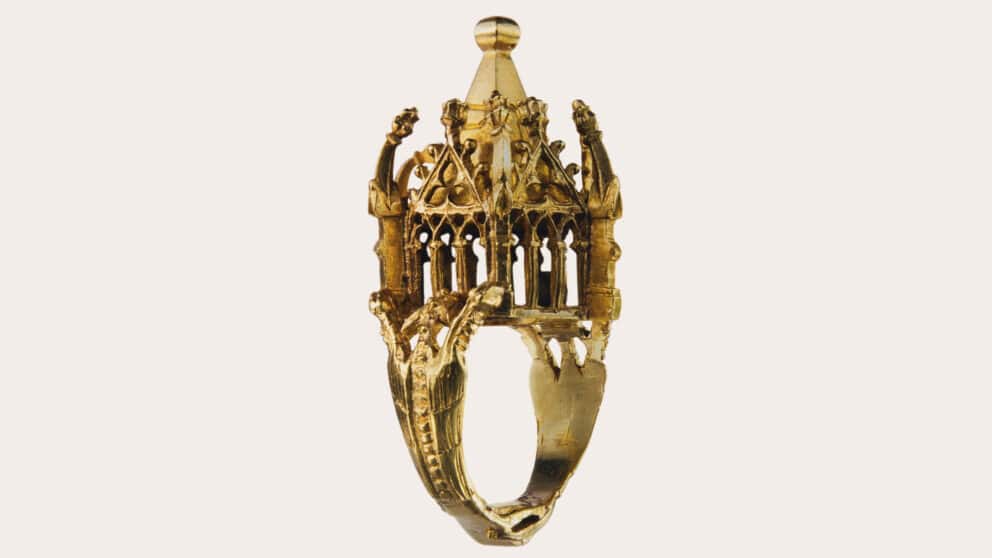 
Jewish wedding ring, 1st half of the 14th century

The cellar houses the treasure found near the synagogue, which a Jew buried during the pogrom of 1349 – a unique find in volume and composition. This treasure was discovered in 1998 in the immediate neighbourhood of the synagogue. The Erfurt Hebrew Manuscripts are addressed on the upper floor.