The Historical Museum of the Palatinate is the general museum of the historical Palatinate, a former district of Bavaria (1816-1947) and Rhineland-Palatinate (1947-1968/2000). The museum is situated in the historical centre of the City of Speyer near the 11th century cathedral. It contains permanent exhibitions of its various collections (Prehistory and history of the Palatinate until the 20th century, the cathedral´s treasure, the wine museum) and high standard facilities for special exhibitions. The Judaica collection contains about 200 objects.

The museum has been founded in 1869 uniting the collections of the Historical Society of the Palatinate, the District of the Palatinate and the City of Speyer. Until 1910 the museum was housed in some rooms of a school building. The actual museum building, resembling a four winged castle, has been opened in 1910 and renovated and enlarged in 1987-2000. Board and administration of the museum are located in the immediate proximity in an 18th century villa. Workshops and storage areas are in the former industrial complex of the Ancient Cotton Mill about 2 km north of the city centre. From 1869 to 1985 the museum has been operated by the Historical Society of the Palatinate. Since 1985 the museum is operated by a public foundation. 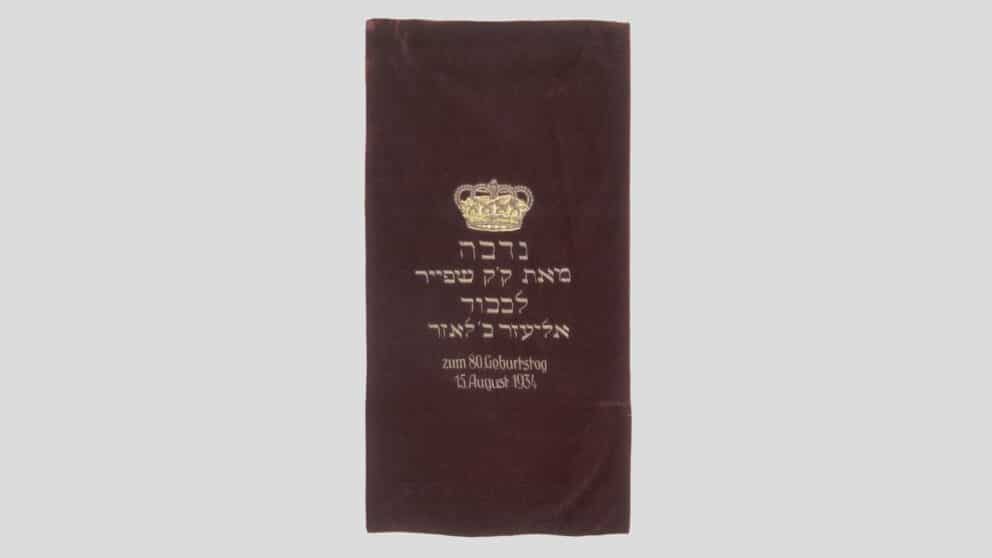 
The Judaica Collection consists of two parts. Objects from the medieval Jewish Community Centre and medieval Jewish tombstones, found as building material in private and public buildings in the City of Speyer. The first items of the modern Judaica Collection had been acquired in the late 19th century. Between 1962 and 1987 these objects had been shown in the permanent exhibition. Since 1991 they had been presented in various temporary exhibitions, also in general historical contexts. Since 2010 the most important medieval objects are exhibited in the permanent exhibition of the Museum SchPIRA, operated by the City of Speyer.