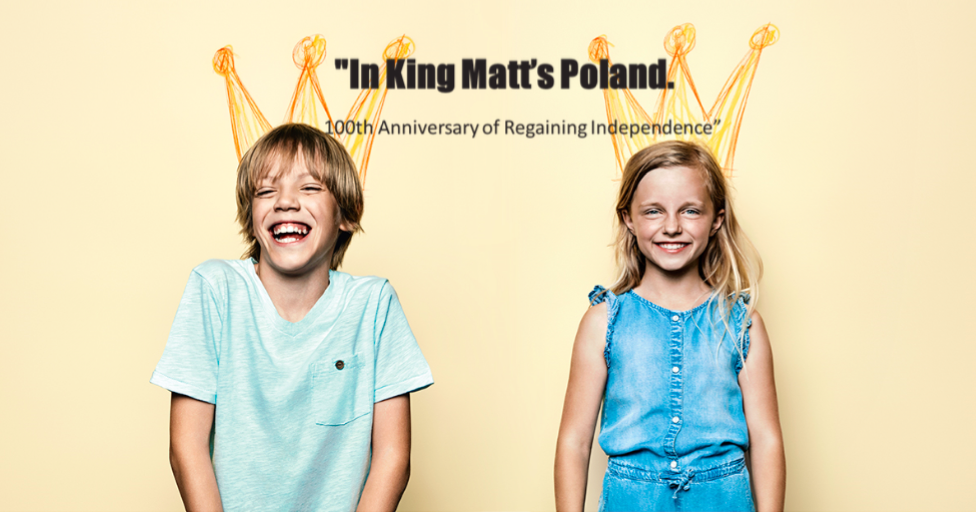 In November 2018, we opened the first exhibition for children at POLIN Museum titled In King Matt’s Poland: the 100th Anniversary of Regaining Independence. It is inspired by the centenary of independent Poland, but it touches upon subjects that are as vital today as they were back then, such as the idea of a state, governing or democracy. The exhibition combines history with literary fiction, learning with playing. The information on history is delivered by way of an animated film supplemented with “objects from the past.”

Having visited the historical section, we virtually step into the book by Janusz Korczak titled King Matt the First. The core of the exhibition is a social lab based on Korczak’s ideas: a space filled up with games to play and tasks to fulfill. Here, children get acquainted with notions such as: community, democracy, human bond, human rights, as well as a state budget or a voting system.

The exhibition is accompanied by an educational programme: workshops, artistic events (theatre, concerts, pantomime, film), classes in sensory integration for children aged 0-3, activities for children with disabilities (Matt Signs for those with impaired hearing, or Morning birds for families with children within the autism spectrum).