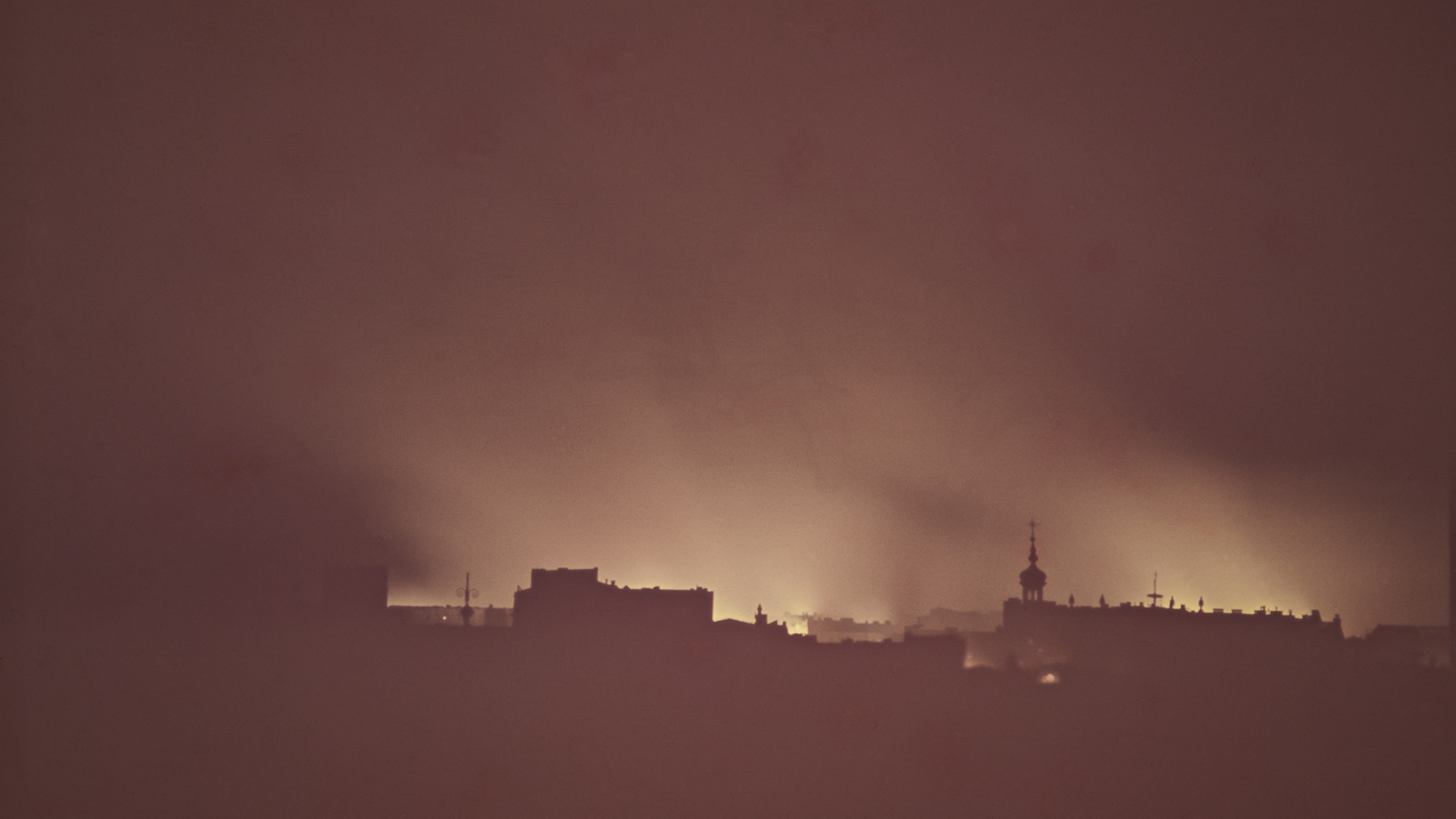 The burning Warsaw Ghetto - photo shot from the roof of a tenement house at ul. Kredytowa 9 at the corner of pl. Dąbrowskiego, april 1943 © Photo. Z. Borowczyk, POLIN Museum of the History of Polish Jews, gift of Edward Borowczyk through Halina Kobyłecka

Around us a sea of fire

Posted on: November 20th, 2022 Exhibition type:Temporary exhibition Hosted by: POLIN Museum of the History of the Polish Jews Opening:2023-04-17Closing:2024-01-08Exhibition website:Link

It’s human to fear, it’s human to suffer, it’s human to oppose evil. In 2023, we invite you to an exhibition which we organize in cooperation with the Holocaust Research Center to commemorate the 80th anniversary of the Warsaw Ghetto Uprising.

The remaining inhabitants of the ghetto, approximately 50,000 “civilian” Jews spent many weeks hiding in shelters and bunkers. Against the despair, loneliness, starvation, thirst and fear, they fought for each and every “day, hour, minute.” Their quiet resistance was just as important as the resistance of those with guns in their hands. They remained “invisible” for many days – they hid underground and thus refused to comply to German orders. It is precisely their story – the story of the “invisible” ones – that we want to retell in the exhibition.

We will show what a daily life in a bunker was like, the conditions in the shelters and hideouts, the people who shared them and how they coped with their daily routines and basic physiological needs. We will try to recreate the “physical” reality of being confined to a bunker: the darkness, the heat coming from burning buildings, the deficit of space and air, the sounds that were often the only way to find out what was happening on the ground level.

We will focus on the relations developing between the people who hid together, on their feelings and emotions. On one hand – conflicts, fear, panic attacks, lack of hope, the feeling of being abandoned, of the world’s indifference, of a life forsaken. On the other hand – the craving for love and intimacy, the urge to act and take responsibility for others. The lust for life, the will to save oneself and one’s nearest and dearest, building a community whose members supported and protected one another were a way to oppose evil, too.

The exhibition will be devoted to the time in history and to the events that took place, and yet it will touch upon the dilemmas, attitudes and feelings, it will pose questions that remain vital in today’s world. How do we behave in the face of death? Where is the line between struggling to survive and surrendering? What do people feel when they are excluded from society and experience indifference or disdain? Many people in the ghetto described themselves as “drowning”, devoid of any hope for a rescue. How do we oppose evil, how do we combat it? What is indifference and where does it lead us? Do we feel ashamed when we witness the suffering of others?

The exhibition will be based on the testimonies of Jews who hid in the bunkers both in the ghetto area and on the “Aryan” side. Since all the objects and keepsakes were destroyed and burnt, words acquire a special role in the exhibition. Not only do they convey the feelings and experiences of their authors, but they also constitute a unique testimony, often the only tangible trace left behind by those who perished in the ghetto.