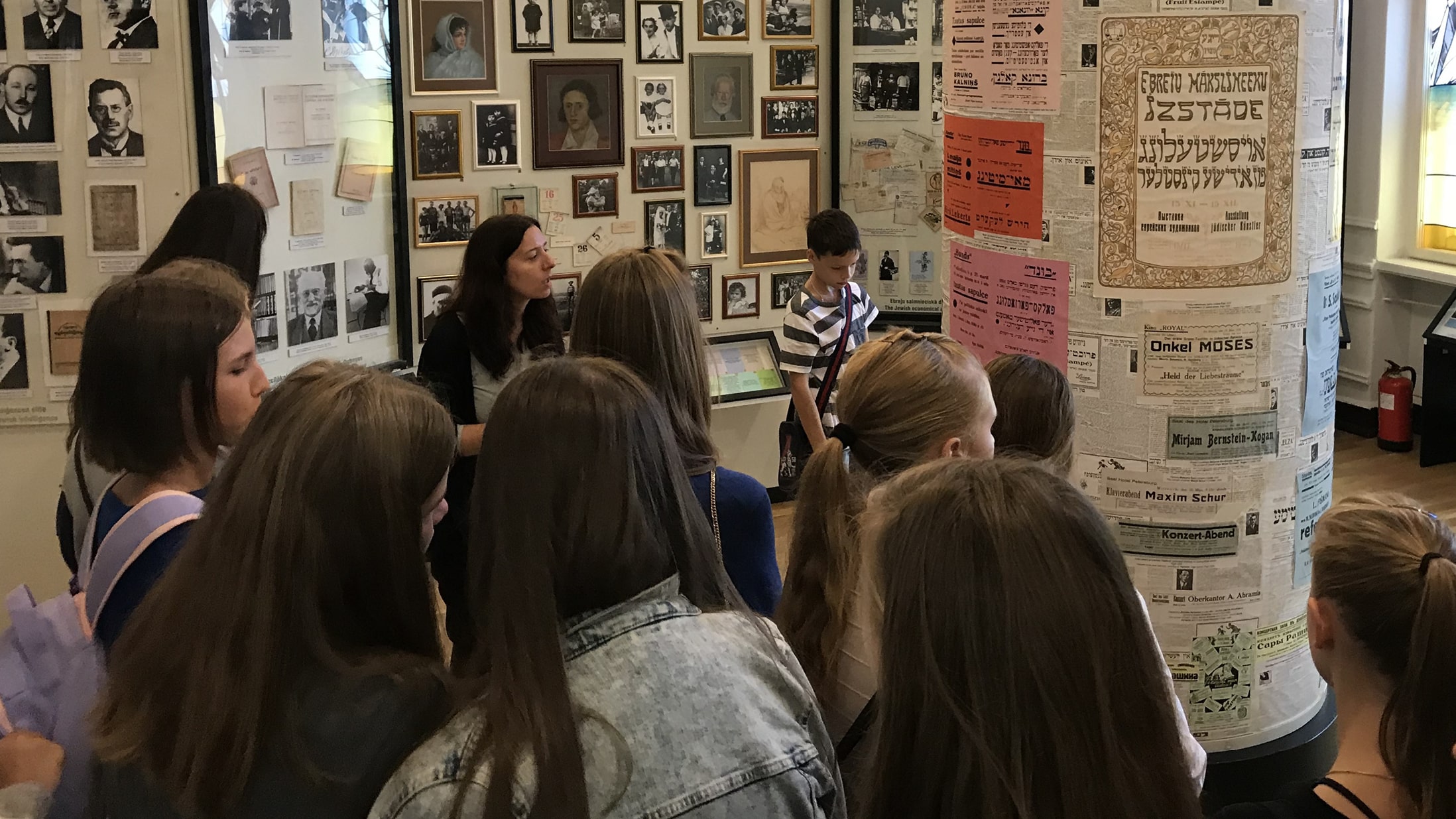 The Museum “Jews in Latvia” was founded in 1989 by a group of Holocaust survivors led by prominent historian Margers Vestermanis with the goal of preserving for future generations all available tangible and intangible evidence of 450 years of Jewish history in Latvia.

The mission of the Museum “Jews in Latvia” is to identify, preserve and immortalise the rich cultural heritage and history of the Latvian Jewish community, to acquaint the public with Jewish cultural and historical values, to promote social cohesion, mutual respect and understanding of Latvian and world’s diversity.

In the beginning the museum acted as a centre of documentation. In 1996 a small exhibition was opened, which, however, aroused great public interest. At present, the museum’s exhibition is located in three rooms, presenting the history of Jews in Latvia from the first Jewish communities in Latvia in the 16th century to 1945.

The museum belongs to the Jewish community of Riga and is one of the few private museums, accredited by the state, in Latvia.

The museum’s collection contains more than 16,000 items from the 16th century to the present day. The collection of memoirs is particularly large, including published and unpublished memories of Holocaust survivors; family albums; posters; documents and photographs related to the activities of 19th and 20th century Jewish organizations – sports, political, youth, cultural, religious and other institutions. The museum also keeps works of art, press and books. The museum offers exhibitions, events, tours and educational programs for visitors of all ages and countries.