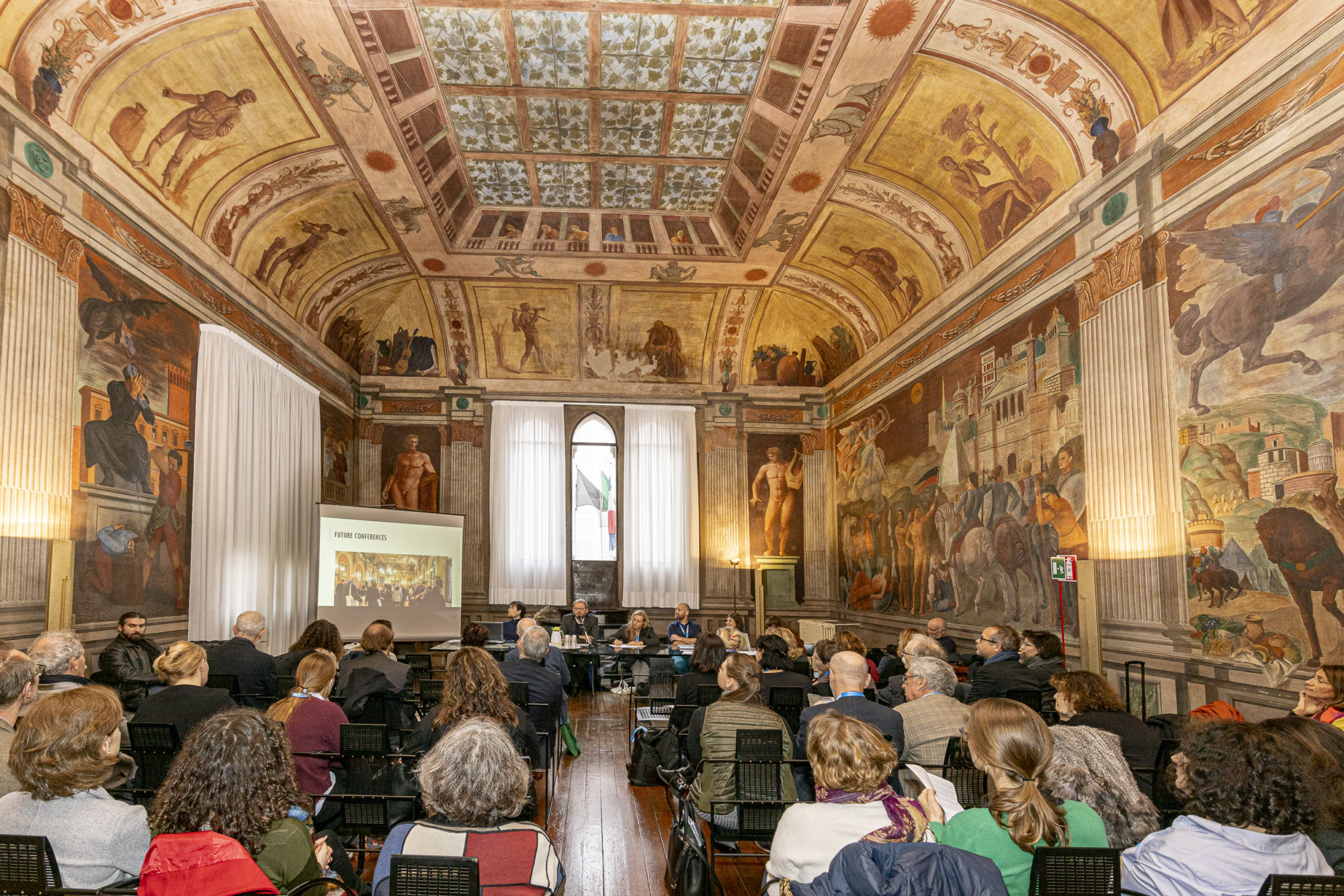 Bringing together over 100 delegates from across Europe and beyond, the AEJM Annual Conference took place in Ferrara (IT) from 17-19 November. The programme was generously hosted by the National Museum of Italian Judaism and the Shoah (MEIS) and comprised lectures, conversations, professional focus groups, project slams, and network opportunities to the backdrop of the beautiful city of Ferrara.

Before the official opening of the conference by Emile Schrijver, Chair of AEJM, Simonetta Della Seta, Director of MEIS, and Dario Disegni, President of MEIS, delegates were invited to get to know more about the hosting institution during the optional guided tours of the museum.

Keynote speaker Giulio Busi, Professor and Director of the Institute of Jewish Studies at the Freie Universität of Berlin, spoke about how the uninterrupted presence of Jews in Italy, which spans over two millennia, took shape and developed. This talk explored how the Jews of Italy built their own identity and how they contributed to that of all Italians across periods of fruitful cohabitation and interaction alternated with persecution and expulsion. Paul Salmona discussed curatorial concepts with the MEIS team.

The second day started with a selection of capsule presentations at the Project Slam. During the day delegates participated in several Talks and Professional Focus Groups (Leadership, Marketing) and attended a keynote lecture by Shelley Hornstein, Professor and Senior Scholar, Architectural History & Visual Culture York University, Toronto (CA), who spoke about how the architecture of museums – and particularly Jewish museums – impacts on touristic itineraries and ultimately the stories they tell. At lunch time the group visited the Jewish Community Ferrara.

On the final day participants learned about various exhibition projects at European Jewish museums in the second Project Slam and could attend Professional Focus Groups on Contemporary Art, Security, and The Digital Turn in Jewish Museums.

The optional post-conference excursion on Wednesday 20 November took participants by bus to Modena where the group was met by the rabbi of the Great Synagogue, and to Bologna, where Director Vincenza Maugeri welcomed the delegates at the Jewish Museum Bologna. This year, conference delegates were also cordially invited by Jack Arbib to join an additional excursion to Monte San Savino on Thursday 21 November. During the excursion, participants learned about the project on the history of Jewish presence and absence in this Tuscan town.

The 2019 AEJM conference was kindly supported by the David Berg Foundation (NY).