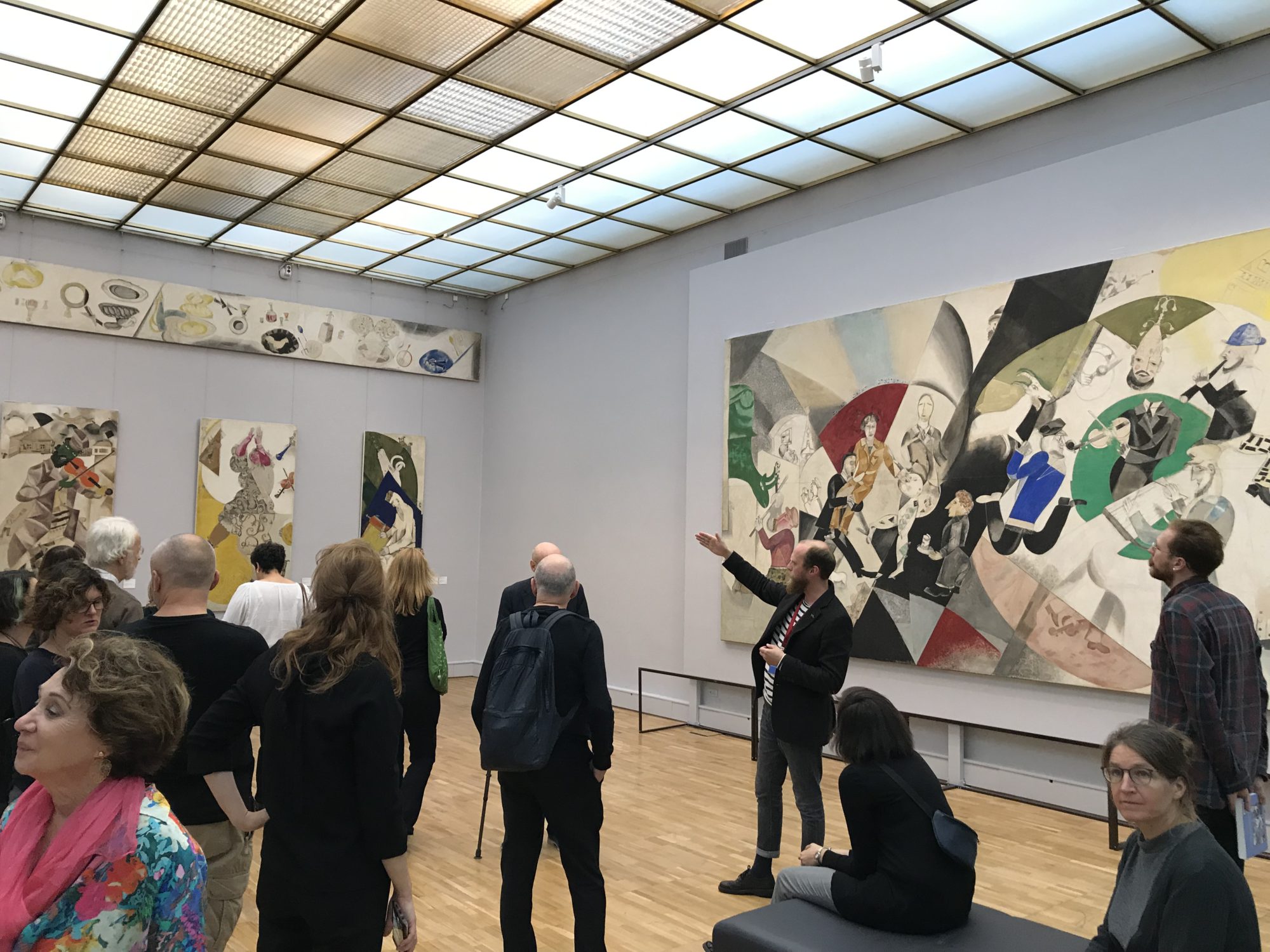 In close cooperation with the Jewish Museum & Tolerance Center (JMTC), AEJM organised a curatorial study visit to Moscow. The programme included behind-the-scenes visits to both our member institutions JMTC and the Museum of Jewish History in Russia, as well as museum visits to relevant institutions and collections of Russian-Jewish art like the Bakhrushin Museum, the New Tretyakov Gallery, and the GULAG History Museum.

The study visit was open for museum conservators, curators, researchers and other positions dealing with Jewish material culture and/or exhibitions from AEJM member institutions. Read Marcella Ansaldi’s impressions of the study visit here.

After a warm welcome by Liya Chechik, Director of academic programmes and special projects, the programme kicked off with a guided tour trough the core exhibition of JMTC. The tour provided sufficient material for discussion amongst the participants. Especially the exhibition design and the multi-layered and multidisciplinary displays proved to be interesting and controversial topics.

For its temporary exhibitions programme, JMTC often programmes modern and contemporary art. Maria Nasimova, Chief Curator at JMTC gave an interesting insight into its previous and future programming. She explained that the main goal of her programme is to attract visitors to the museum.

On Tuesday the group was welcomed at the A. A. Bakhrushin State Central Theatre Museum. After a very inspiring curatorial-guided tour, the partcipants gathered around a big table where the curator of the GOSET collection (Moscow State Jewish Theatre, which existed from 1919-1948) showed stage- and costume designs by Jewish avant-garde artists. After the lunch break the group took the bus to the New Tretyakov Gallery where curators Sergey Fofanov and Igor Volkov provided a curatorial tour trough the new collection display, which covers 20th and 21st century Russian art.

The last day started with tour trough the new core exhibition of the GULAG History Museum, which functions as a public space for presentation and study of the history of mass repression, forced labor and political lack of freedom in the USSR. The museum conducts mapping projects, expeditions to former camp sites, and collects stories from survivors. It also works with contemporary artists for its programming. After the tour the group gathered with the museum staff to discuss their experiences and exchange ideas.

The programme ended with a curatorial tour at the Museum of Jewish History in Russia by Deputy Director Marina Kaspina and Chief Curator Boris Khaimovich. This privately owned museum aims at showing a comprehensive picture of Jewish life in the Russian Empire and the Soviet Union. Private collector and Judaica expert William Gross joined us for this museum visit.

This page contains restricted downloads, that only members can view.
Please login first.
All events