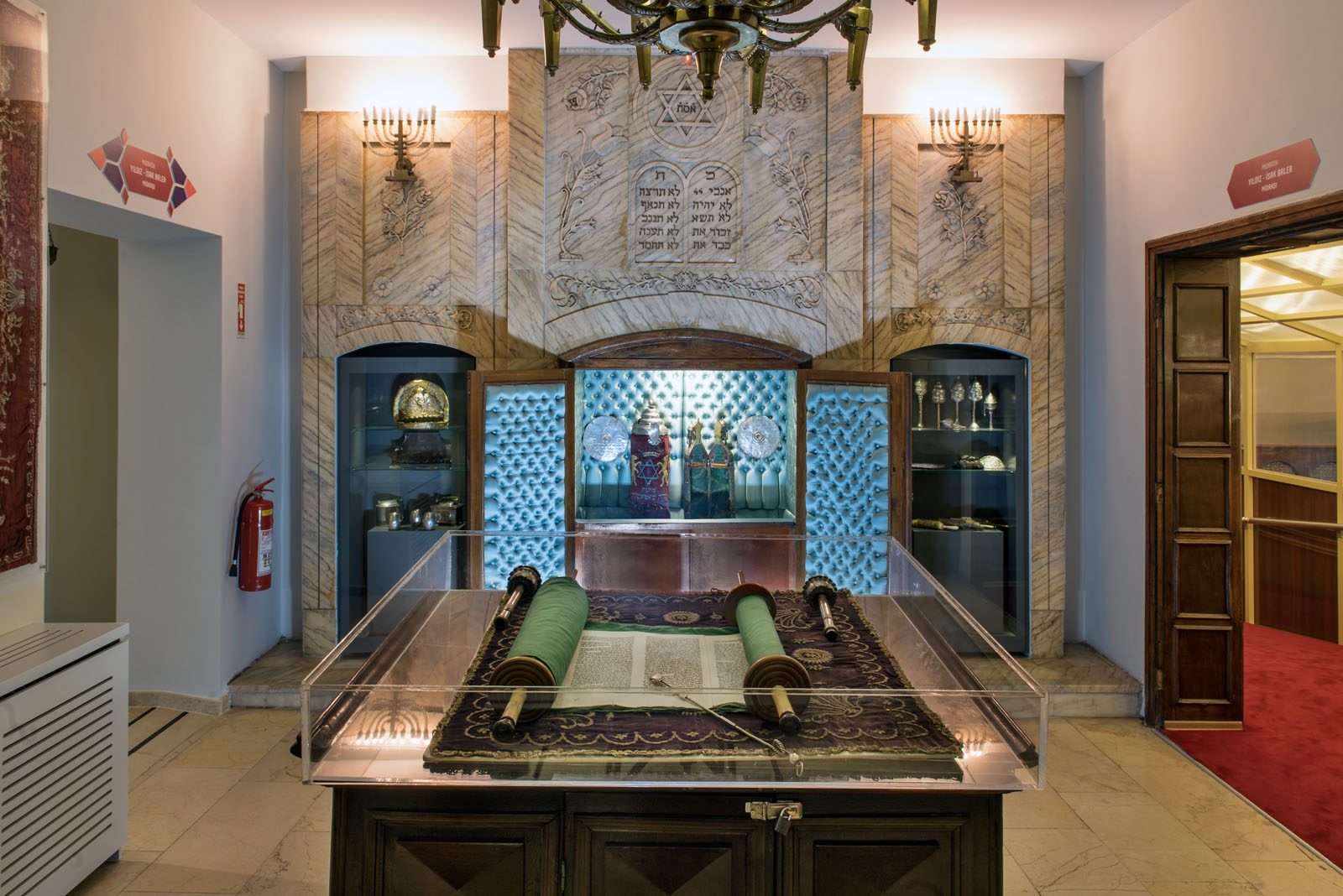 The Quincentennial Foundation Museum Of Turkish Jews tells the story of 700 years of amity between Turks and Jews. The aim of the museum is to display the humanitarian sprit of the Turkish Nation and to show how the two cultures influenced each other through the past seven centuries.

The Museum collects, preserves, exhibits,  interprets and disseminates knowledge about the cultural heritage of the Turkish Jews. It has three different sections that illustrate Turkish Jewish life, history, religion and culture of Jews in the Ottoman Empire and modern Turkey.

The first part focuses on the history of the Jews in Anatolia dating back to the 4th century BC, and continues with the arrival of Sephardic Jews expelled from Spain in 1492 and later from Portugal.

Visitors can hear religious hymns from Edirne Maftirim, see examples of Turkish-Jewish press, read about the contribution of prominent German and Austrian professors to Turkish Universities during WWII, the Struma incident and read about recent history on computer screens.

Attached to this floor is a balcony overlooking the Neve Shalom Synagogue from where religious ceremonies can be witnessed. The museum visitor becomes a part of the ceremony during the time of his visit.

The Judaica section exhibits liturgical sacred artifacts including Torah scrolls, Megilat Ester and other ritual objects. A touch collection is also available for children. Connected to this section, the Ethnography Hall displays the life cycle of Jewish life with examples of Kettubot, dowry,wedding, bar mitzva stories and authentic artifacts. Documentary films can be watched on a screen.

On the top floor visitors can see an interactive touch-screen map which shows all the  synagogues and settlements of the Jewish life in Turkey. Videos on Sephardic cuisine can be watched and printed recipes can be taken to cook at home. Recordings of Judeo-Spanish (Ladino) are complemented by examples of Sephardic folkloric music.

Visitors can visit the Neve Shalom Synagogue, sample Sephardic delicacies in Habib Gerez Cafe and browse the giftshop for music and books.

The Museum has been possible with the financial backing of the Kamhi Family and the valuable contributions of Jak Kamhi (Honorary President) and thanks to the vision and dedication of Naim Avigdor Güleryüz.

In 2015, the museum moved to Şişhane, adjoining Neve Shalom [Oasis of Peace] Synagogue. 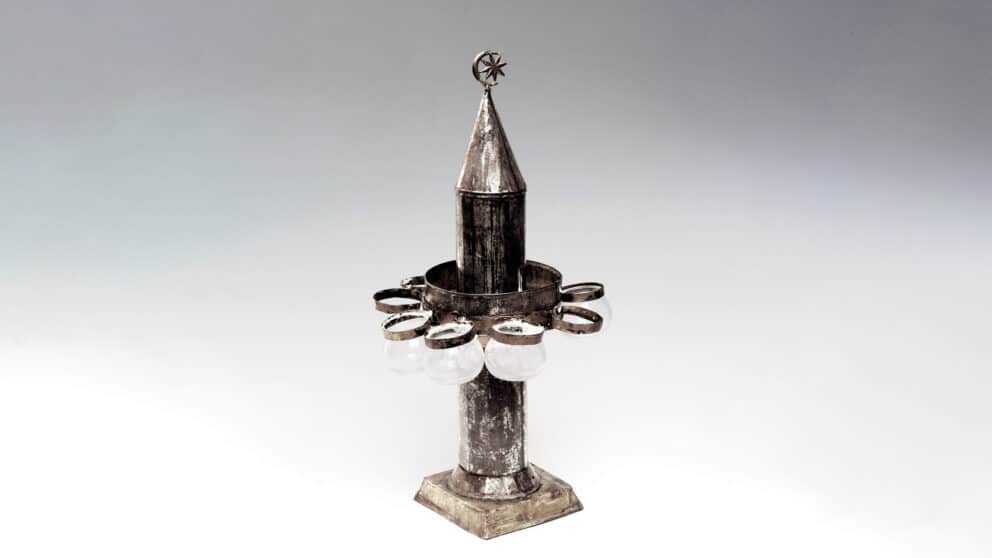 Hanukkiyah in the shape of a minaret


on loan from The Chief Rabbinate Turkey


Our collection includes Judaica, historical photographs, clothing, family documents, ceremonial items and everyday objects. The museum's permanent collection focuses on Ottoman and Turkish Jewish life, and items are mostly collected from different synagogues of Turkey as well as private family donations. Some of them are ethnographic textiles and liturgical pieces while the others are historical ones such as decrees (firmans) and old books.

The collection includes various important artifacts such as Midrash Teilim, printed in Istanbul in 1512, an original decree [firman] by Sultan Abdulmecid, dated 1842 and denying the blood libel myths. The highlight of the museum is a Hanukkiyya in the shape of a minaret, emphasishing the interaction between two cultures.