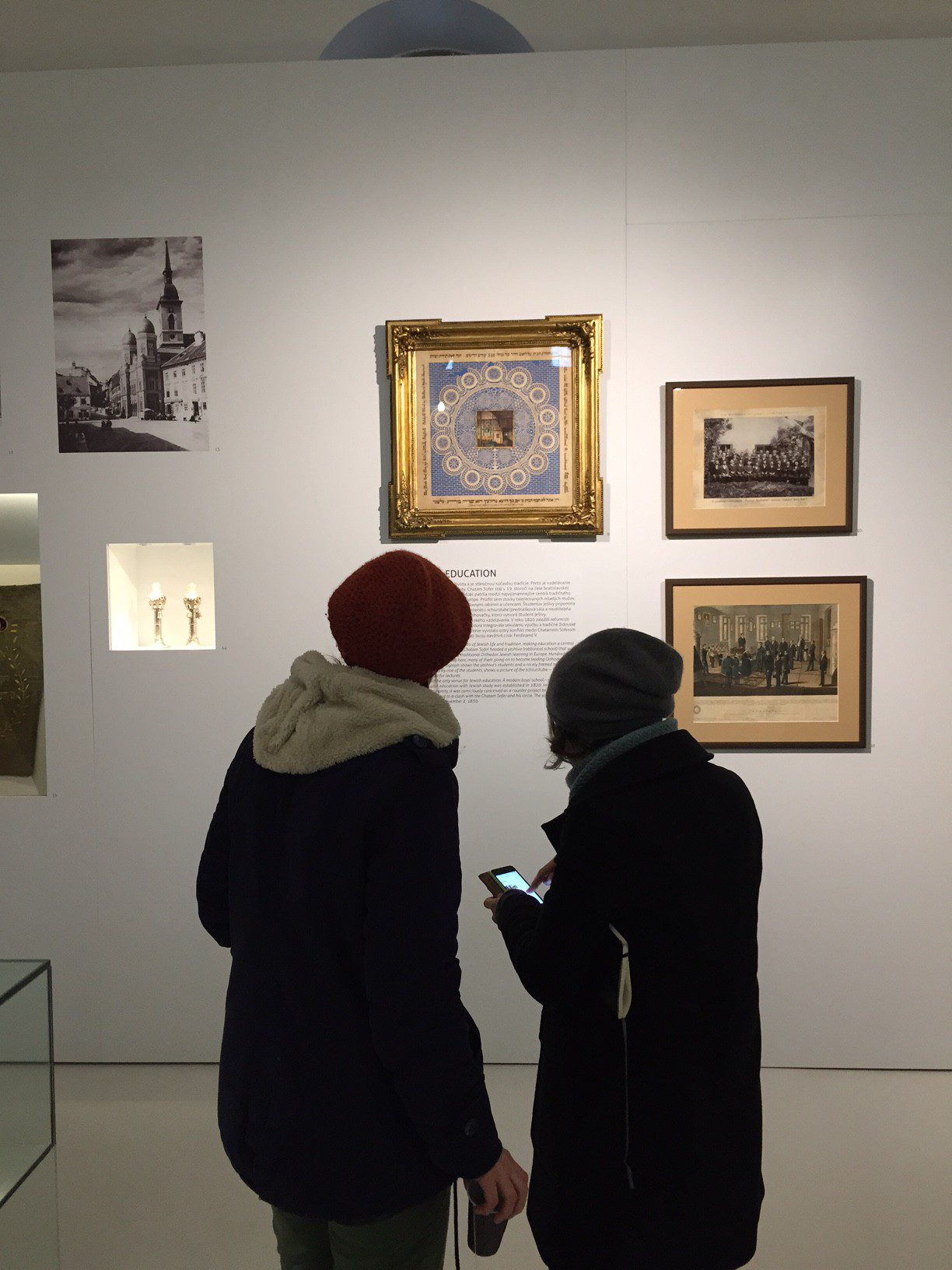 During the seminar the participants worked on different locations in and outside Vienna. This included the Jewish Museum Vienna with a visit to the core exhibition Our City! Jewish Vienna – Then and Now, Museum Judenplatz and the Stadttempel synagogue. After kicking off with five-minute presentations on museum objects and presentations of recent education projects, the participants worked together during the workshops on developing lesson plans for different age groups and about medieval history, the Holocaust and post-war history.

Together they explored the JMW app Zwischen den Häusern (Between the Houses) on location in Vienna. Furthermore, there were plenary sessions where participants were given the opportunity to ask each other questions and share ideas and experiences related to a vast range of topics. Issues discussed included the use of Jewish religious objects as educational resources; how the arrival of refugees in Europe and the subsequent political and social reactions could impact the work as educators in Jewish museums; development of lesson plans; and tour guide policies.

The participants also crossed the Austro-Slovak border. In Bratislava the participants were welcomed at the Bratislava Jewish Community Museum by director Dr Maros Borsky and educators Lucia Hidvegyova Monika Vrzgulova. They also visited the Museum of Jewish Culture, branch of the Slovak National Museum, where they were welcomed and guided through the museum by educator Stanislava Sikulova. The excursion ended with a visit to the Holocaust Memorial and the Chatam Sofer Memorial.

The programme ended with a focus on modern art education. The participants explored and discussed the art education programmes with the education department of the Essl Museum of Contemporary Art in Klosterneuburg.