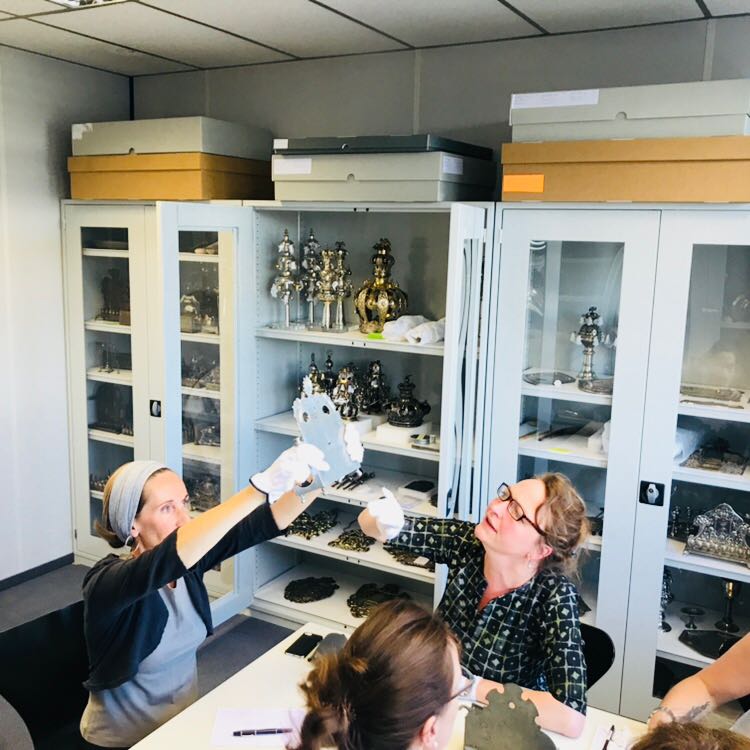 The programme had a special focus on Judaica collections that were created in the second half of the 19th century and up until the 1930s as the result of a growing interest in arts and crafts on the one hand, and on the other hand because of the founding of Jewish museums or departments in municipal museums a new collection area (Judaica) came into being.

The Nauheim Collection at our hosting venue the Jewish Museum Frankfurt is an extraordinary large historical collection. It formed the starting point of our next curatorial seminar that explored Judaica production from the late 19th and early 20th century and the formation of these historical collections.

The A-CEP Frankfurt 2018 was open for staff members from AEJM member institutions who work with historical Judaica collections.

“Overall, this was an intense, but highly pleasurable week that hugely expanded my still rather limited knowledge. It was good to study Judaica this time in the context of their production methods, the art market and the collecting history of museums. It was yet another a great opportunity to take a time out from the everyday and see the bigger picture of Jewish ritual items in Europe, learn about various European collections, including improving the knowledge of our own collections, increase our research skills and, last but not least, network with a bunch of enthusiastic and fabulous women.”
Kathrin Pieren – Collections Manager and Curator, Jewish Museum London (UK)