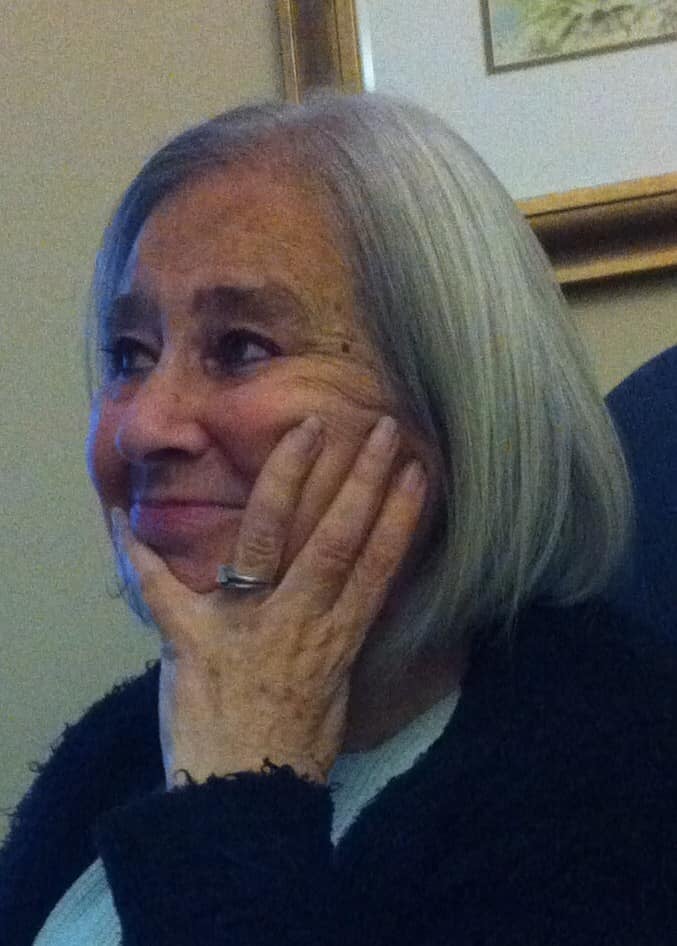 AEJM is very sad to report the news of Evelyn Friedlander, chair of the Czech Memorial Scrolls Trust and Director of its Museum until 2015, having passed away in London last October. We are sharing Dr. Samuel Gruber’s in memoriam, as published by the International Survey of Jewish Monuments.

“We are very sad to report the death of our long-time friend Evelyn Friedlander in London yesterday morning, October 3, 2019, after a long illness. May her memory be a blessing. ISJM sends our condolences to Evelyn’s strong and talented daughters Ariel, Michal and Noam.

Evelyn’s late husband Albert Friedlander was Rabbi of Westminster for many years, and Evelyn was a central to the life of the synagogue and its community. She was also a mainstay for decades of the journal European Judaism when Albert was editor.

She was an activist, scholar, editor, curator, and much else. For decades she was energetically and innovatively engaged in the documentation of Jewish material culture in Germany and England, resulting in several important exhibitions and publications. As head of the Hidden Legacy Foundation from 1990 to 2000, she organized the study of Jewish life and culture in small communities and helped recover and research lost genizot from synagogues in villages in Germany, culminating in the Foundation’s exhibitions and publication of Genizah – “Hidden Legacies of the German Village Jews” (1992). This was followed by “Mappot ..blessed be he who comes” (1997) the bilingual comprehensive catalogue of an exhibition of Torah binders and “The Jews of Devon and Cornwall” (2000). For many decades Evelyn strove to systematically register Judaica in English Synagogues, and to promote the conservation of endangered Judaica, especially textiles..

After Albert’s death in 2004, 2015 Evelyn was chair of the Czech Memorial Scrolls Trust and Director of its Museum until 2015, but her involvement in the Trust dated back to the very beginning, when the Torah scrolls arrived at their new home at the Westminster Synagogue. Evelyn, who was born in Germany, wrote “As soon as I saw the scrolls, I knew that I wanted to be a part of the Trust. In those early days, the racks of scrolls lay as if in a morgue and no one could view them without weeping. And yet my immediate response was that the work of the Trust was the most perfect response to the Holocaust I had ever encountered. Yes, it had come out of the Holocaust but something positive and practical had emerged from that terrible history. In their quiet way the scrolls are a living proof of survival and continuity.” Work with the scrolls subsequently led to her work promoting research into German-Jewish Genizot.

Evelyn was an extraordinary woman of spirit, scholarship, and friendship. She was always an idealist who didn’t suffer fools, or people who talked but did not work. She was always ready to offer a helping hand, to take on a task that needed to be done, and she inspired many others to do the same.”

Photo taken from the International Survey of Jewish Monuments