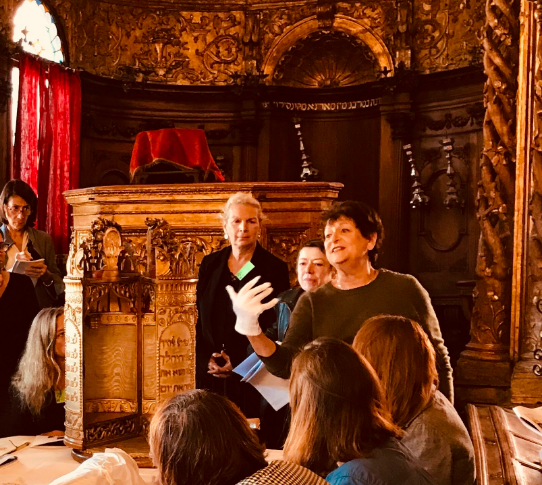 Vivian B. Mann, Professor Emerita for Jewish Art History and Visual Culture at The Jewish Theological Seminary and former Morris and Eva Feld Chair of Judaica at The Jewish Museum New York passed away this Monday in New York.

Vivian was one of the most profiled experts in the history of Jewish art. As a curator at The Jewish Museum her knowledge and her interest made her an influential protagonist of pioneering exhibitions, among them Gardens and Ghettos: The Art of Jewish Life in Italy, A Tale of Two Cities: Jewish Life in Frankfurt and Istanbul 1750–1870, From Court Jews to the Rothschilds: Art, Patronage, and Power 1600-1800 (together with Richard Y. Cohen), or Morocco: Jews and Art in a Muslim Land.

In 2000 she published Jewish Texts on the Visual Arts, a volume in which she outlined the importance of religious and historical references and source texts for the understanding of Jewish art. In Art and Ceremony in Jewish Life: Essays in the History of Jewish Art, published in 2005, she wrapped up her broad knowledge in art and culture in Medieval, Renaissance and Baroque Ashkenaz and in Muslim countries. In many further articles, on conferences and during workshops she shared her knowledge generously with the professional world. A bibliography of her writings can be found here.

Vivian was also a founder of Images. A journal of Jewish Art and Visual Art.

For the last four decades Vivian was a highly respected collegue, teacher and friend who supported many of us all over the world working in the field of Jewish art.

We will deeply miss her.