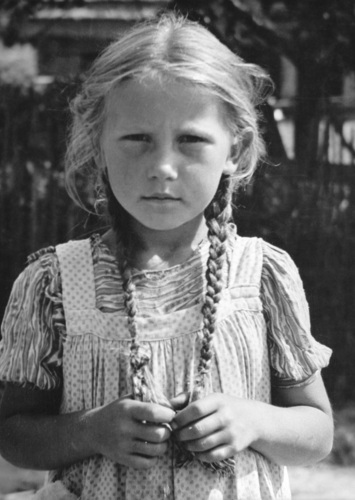 A year before her death, Julia Pirotte had donated her „modest” archival collection to the Jewish Historical Institute. It consists primarily of a few hundred pictures of her authorship. Most of the photographs come from the forties and fifties. Only some of them were taken later. Julia Pirotte’s photos were shown in Belgium, France and the United States, and in the eighties also in Poland. Presented collection of photographs for rent includes remarkable portraits, in which images of faces are complemented by the hands of the photographed. Pirotte took many reportage photographs, depicting soldiers of the French resistance movement, workers, kibbutzniks. Unusual are pictures of old women and children, portraits of Tuwim, Picasso, Edith Piaf, Eluard, sister Mindla.

Practical info:
The exhibition consists of 33 photographs in white frames.