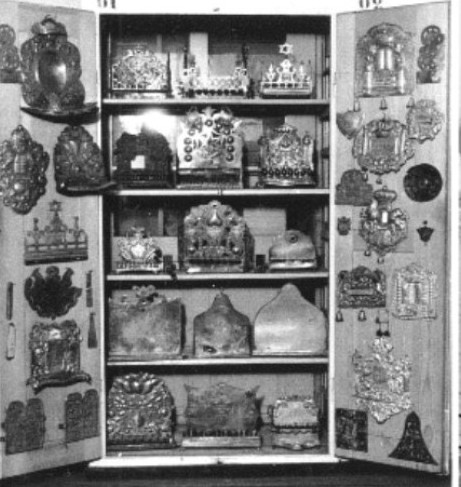 The new online Handbook On Judaica Provenance Research: Ceremonial Objects is now available through the Claims Conference. This publication by Julie-Marthe Cohen, Felicitas Heimann-Jelinek and Ruth Jolanda Weinberger covers research of two different categories: classical provenance research, which deals with tracing an object at hand to its original owner, and research which deals with establishing the location of a lost object.

The handbook consists of four parts:

Picture: Storage of ceremonial objects at the Offenbach Archival Depot, 1946. A number of objects were identified as belonging to the Jewish Historical Museum and Portuguese Jewish Community of Amsterdam. Photo collection JHM