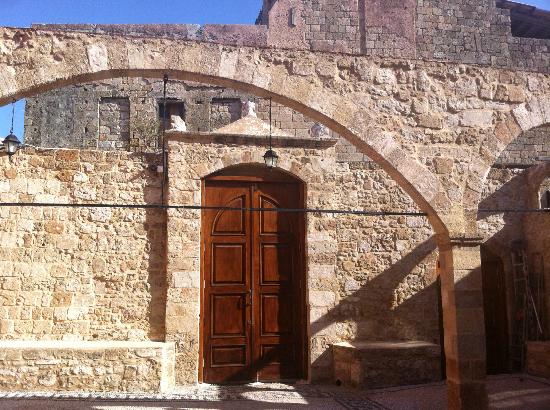 After a unanimous vote in favour at the General Meeting in Ferrara, we are happy to welcome two new members to our network: The yet to be build Jewish Museum Lisbon (PT) and the Jewish Museum of Rhodes (GR). Congratulations!

The Jewish Museum of Rhodes, situated on the premises of the Kahal Shalom Synagogue complex dating from 1577, was founded in 1997 on the initiative of Aron Hasson, a third generation Rodesli based in Los Angeles (US). Over the years the museum has received many donations in the form of objects, photographs and stories from Rodesli living abroad and from other parts of the world. Since the renovation on 2006, which tripled the amount of square-meters, the museum has been been able to exhibit a considerable amount of its unique collection related to the religious and social life of the Jews of Rhodes, such as Judaica artifacts, manuscripts, documents, religious books, costumes and domestic textiles.

The Jewish Museum of Lisbon will tell a story about a millennium of history of Jewish presence in the territory that is now Portugal, and in particular Lisbon, emphasizing the Jewish contribution to the history of the Portuguese nation. The Museum intends to have an essentially pedagogical function and to stimulate research aiming to contribute to a culture of dialogue, knowledge and recognition of the Jewish reality, sensitizing the Portuguese and foreign population to the legacy of the Jews in the historical patrimony and culture of Portugal. The permanent exhibition will integrate two components:  1) a space dedicated to Jewish religious culture;  2) a historical circuit organized chronologically and thematically.