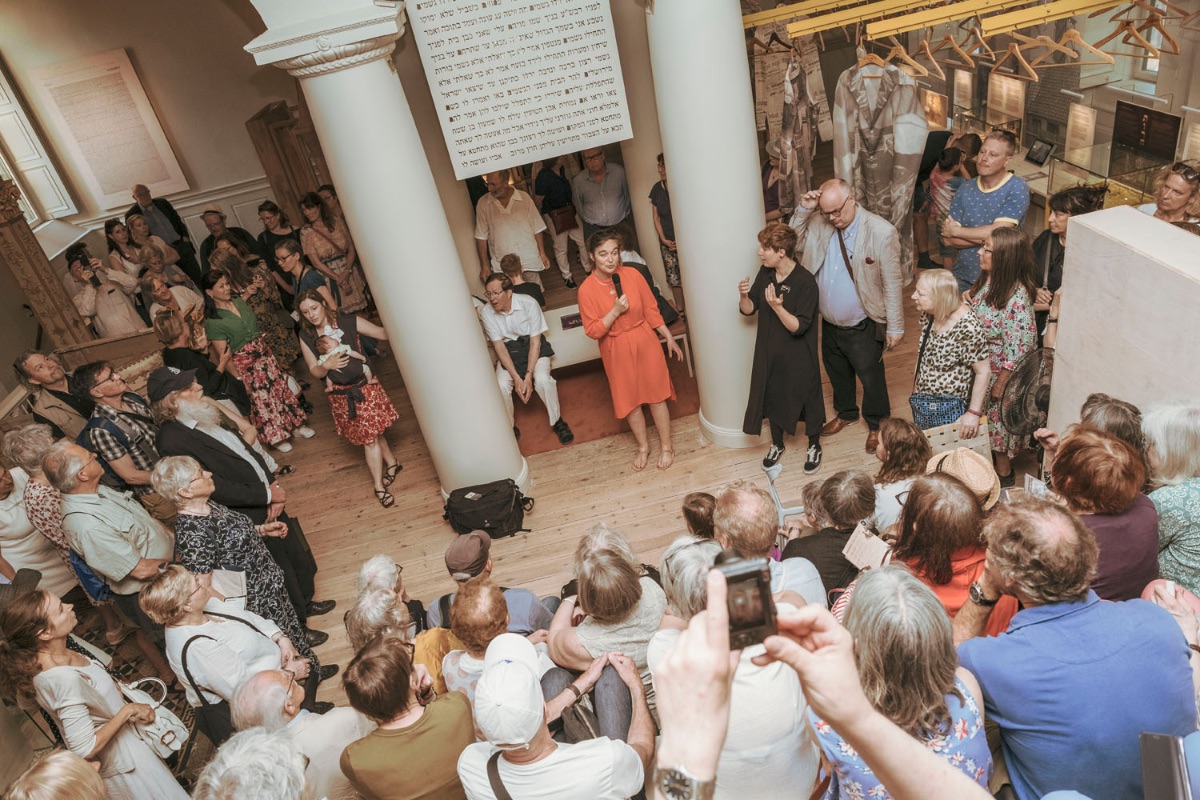 The Jewish Museum in Stockholm has found home again, this time in Stockholm’s oldest preserved synagogue in the middle of the Old Town. This is where it all began: The home of the Jewish Nation in the kingdom of Sweden. Now the story continues for future generations, as unknown shards of cultural heritage complement the mosaic of Swedish history. A modern museum about a minority, for the majority.

There are many ways to be Swedish, being Jewish is one of them. The old synagogue will be the starting point for the new museum to talk about Jewish life. The site itself tells the story of how the first Jews came to Sweden, formed a community and became part of a society that sometimes did its best to keep them at a distance.

In 1795, the Jewish congregation moved into an old auction house in Själagårdsgatan 19. The building was to be the focus of Jewish life in Sweden for almost a century. It had a synagogue and a religious school; it was home to the rabbi, the cantor and the kosher butcher. In the basement was a mikva, or ritual bath, and the kitchen baked Passover matzo for the whole community.

A special law in force until 1838 decreed how Jews were allowed to live and behave in Sweden. The law said the Jews were a nation of their own, so Själagårdsgatan really was the heart of a kingdom within a kingdom.

In the centre of the new permanent exhibition Sweden & the Jews stands the synagogues original pulpit, reclaimed from forgotten parts of the vast collections of the Nordic Museum. For 60 years, the pulpit was categorized as belonging to an “unknown church”, effectively erasing its Jewish history. Interesting complications arise when the institutions of the majority collects the culture of the minority – The Jewish Museum gives an unfiltered voice to the people and stories that helped make Sweden the country it is today, but whose significance often has been forgotten or misrepresented, through modern history.

“We took great pride in opening the new museum on the National Day of Sweden. It speaks volumes about the new museum’s ambitions. We lower the thresholds for entrance into Jewish life and make it a natural part of the story of Sweden. At the same time, we reclaim a Jewish space in the middle of the most historically significant part of Stockholm. I look forward to welcoming visitors from all over the world, whose time spent wandering the charming cobbled streets, alleyways and rust-coloured town houses will no doubt be enriched with a previously invisible part of Sweden’s cultural heritage”.
-Christina Gamstorp, museum director.

Swedish-Jewish history has always run in parallel with the mainstream, but in the margins. We now turn our eyes and attention to this specific part of the story to provide a new perspective. In the end we get a richer, more nuanced – and perhaps more true – story about Sweden, immigration and history.