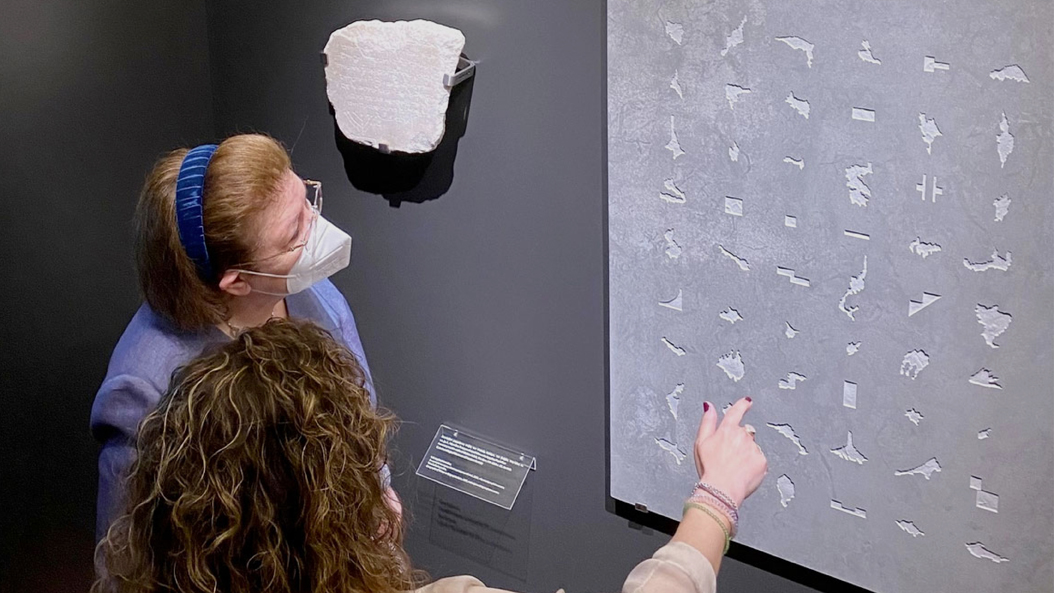 The Jewish Museum of Greece (JMG) presents a new temporary exhibition, entitled “Stone Paths – Stories Set in Stone: Jewish Inscriptions in Greece”, which it is co-organising and co-hosting with the Epigraphic Museum and with the support of the Ministry of Culture and Sports and its Services. The exhibition is financed by the German Federal Foreign Office, from the Greek-German Future Fund. The exhibition, which will be on show in the temporary exhibition halls of the two museums, will run until the end of February 2023.

The exhibition was inspired by the publication of the academic volume Corpus Inscriptionum Judaicarum Graeciae: Corpus of Jewish and Hebrew Inscriptions from Mainland and Island Greece (Late 4th c. BCE–15th Century), which collects and presents 108 epigraphic items of Jewish interest that are located in Greek territory, many of them for the first time. The epigraphic corpus, which was awarded a prize by the Academy of Athens in December 2019 in the letters and fine arts category, is part of the research activity of the JMG, which focuses on the recording, study and publication of the intangible and material evidence for the archaeological and historical past of Greek Jews.

The aim of the joint temporary exhibition is to highlight and showcase selected items of the historical and archaeological evidence of the Jews of Greece (mainly from the late 4th BCE to the 15th century). The information this evidence contains allows us to reconstruct aspects of one of the oldest religious and cultural communities in Europe while it also reveals the multicultural past of the country. The exhibits are presented in thematic sections, which cover all aspects of the social, religious, political and cultural life of the Jewish communities of late antiquity. The novel approach represented by this double presentation lies in the exploration of the early settlement of the Jews in Greece not as an isolated historical event, but as an integral part of a broader historical, geographical and chronological context.

The exhibition is accompanied by the digital publication (e-book) of the epigraphic corpus, enabling visitors to explore the full extent of the available material, a bilingual catalogue that presents all the archaeological and historical evidence of the joint exhibition, as well as specially designed educational programmes. It is also accompanied by a bilingual catalogue for the contemporary art exhibition entitled “Art of Memory and Commemoration”, which will also run at the Jewish Museum of Greece, as well as the bilingual publication The Jews of the Byzantine Empire by Emeritus Professor Nicholas de Lange, on the history and archaeology of the Jews of late antiquity and Byzantium.