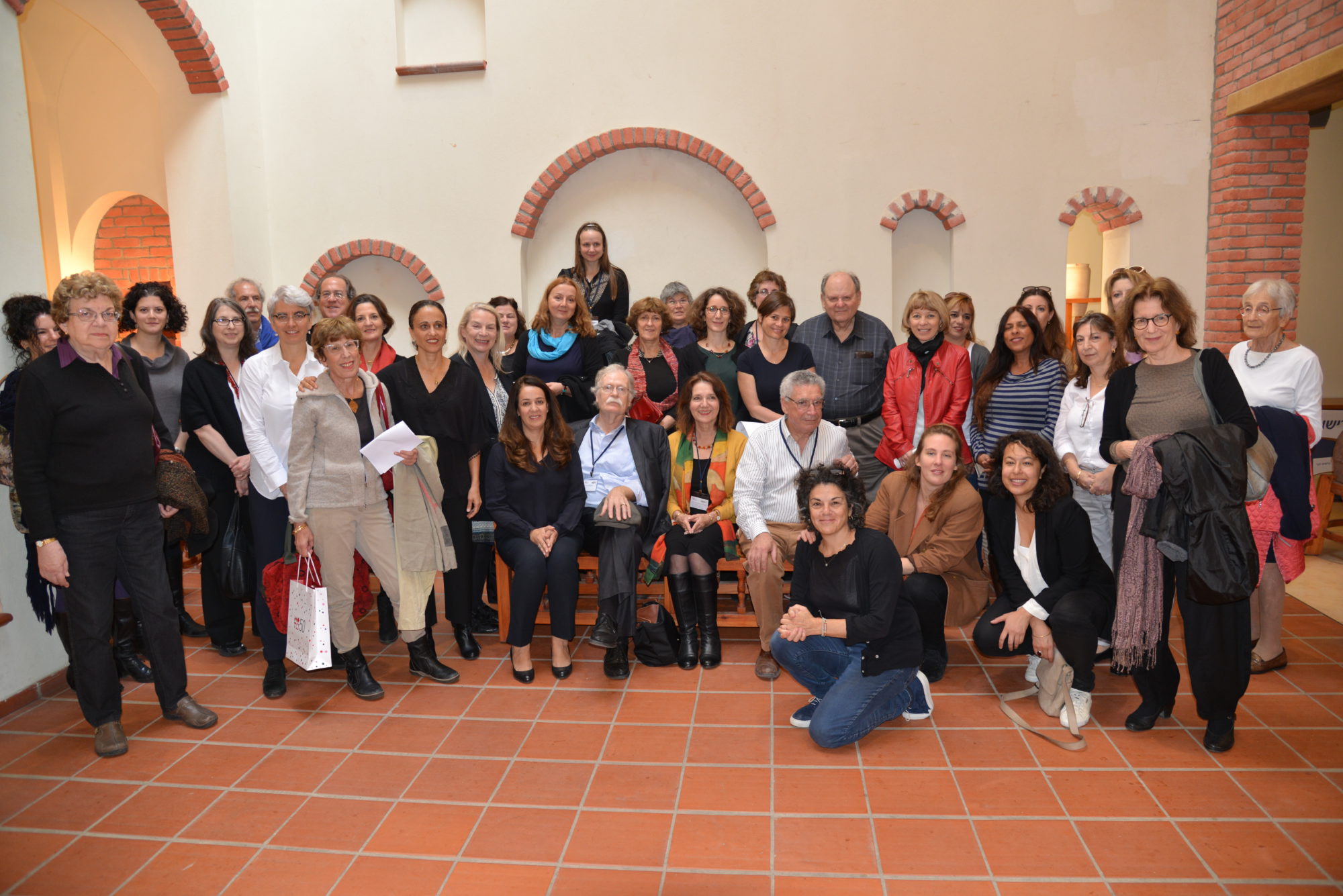 The AEJM Annual Conference 2015 took place from 14 until 17 November at the Israel Museum in Jerusalem (IJM). The theme of this year’s conference was The “Self” and the “Other” – Jewish Museums Dealing With Notions Of Diversity, and more than 100 delegates from different countries participated in lectures, panel discussions, and workshops.

Before the official conference programme started, delegates were invited to participate in a number of different tours, visits and workshops, including a curatorial tour of the Happy Birthday exhibition in the Youth Wing of the Israel Museum with curator Orna Granot.

The conference was officially opened by AEJM President Dr Hanno Loewy, who commemorated the victims of the attack in Paris. James S. Snyder, director of the Israel Museum, gave a welcome message recorded in the museum’s reconstructed synagogue from Surinam. The keynote speech was given by Avraham Burg, author and former speaker of the Knesset, and was entitled What is this Jerusalem? Reality or Museum – What are its Boundaries – Who is in and Who is out?

On Sunday 15th, delegates had the chance to explore two different wings of the Israel Museum, the Jack, Joseph and Morton Mandel Wing for Jewish Art and Life and the Saidye Bronfman Archaeology Wing. Following these curatorial tours, Chief Curator Daisy Raccah-Djivre and the IMJ curatorial team participated in a Q&A discussion. The topic was (Re)Presenting Cultural Diversities in the Israel Museum and was moderated by Hetty Berg (Jewish Historical Museum Amsterdam).
The afternoon session Exhibitions Marketplace, a selection of “pecha kucha” presentations, gave the delegates insight into the diversity of temporary exhibition projects at different European Jewish museums.
Six different workshops were held at the Israel Museum and the National Library of Israel, giving delegates the opportunity to explore and discuss topics ranging from curatorial practice and provenance research, to museum education and digitisation.
During an evening reception at the U. Nahon Museum of Italian Art and Life, delegates were welcomed by Jack Arbib, the Chairman of the Board of the Museum; the Italian Ambassador; Gilad Levian, the director of the museum; and Andreina Contessa, Chief Curator.

The plenary discussion on 16 November focused on The “Self” and the “Other” and discussed How Do Jewish Museums Deal With Notions of Diversity. It was moderated by Joanne Rosenthal (Jewish Museum London), and the panelists were Cilly Kugelmann (Jewish Museum Berlin), Reesa Greenberg (Carleton University Ottawa), Tali Gavish (Ruth Youth Wing for Art Education, IMJ) and Raphie Etgar (Museum on the Seam).
Later, three special projects were highlighted: Piritta Kleiner presented on the Munich Massacre Memorial ’72; Dr. Christiane Twiehaus introduced the audience to a project of The Rhineland Regional Council, “The Archeological Zone with Jewish Museum”; and Gabriel Goldstein gave an overview of the activities of the Council of American Jewish Museums (CAJM). Several delegates from the CAJM – the AEJM’s American counterpart – joined this year’s AEJM conference.
Further sessions included Dr. Orit Shaham Gover’s lecture Reinventing the Jewish Story within a Museum Setting and a presentation on the new AEJM website by Ardjuna Candotti, AEJM Community Manager and Eva Koppen, AEJM Sr. Project Manager.
During the evening reception, the group was welcomed by director Oren Weinberg at the National Library of Israel, and was given a presentation by Prof. Moshe Rosman.

On 17 November some delegates visited the Yemin Moshe neighbourhood and the refurbished Ticho House, while others joined a tour of the area surrounding Haneviim Street.
At the conference closing session at the Israel Museum, the host of 2016’s AEJM Annual Conference was announced – the Jewish Museum in Copenhagen.

As usual, an optional excursion programme was offered on the day following the conference, Wednesday 18th. Delegates could choose between a visit to Yad Vashem or an out-of-town excursion to the Babylonian Jewry Museum, the Museum of Libyan Jews, and William Gross’ Private Collection. Ronit Azuri (Director) and Idit Sharoni at the Babylonian Jewry Museum gave the visitors an introduction and guided tour. At the Museum of Libyan Jews, delegates were welcomed by Shimon Doron (President of the World Association of Libyan Jews), Jack Arbib (Head of the International Relations Committee) and Avi Pedatzur (Museum Director).