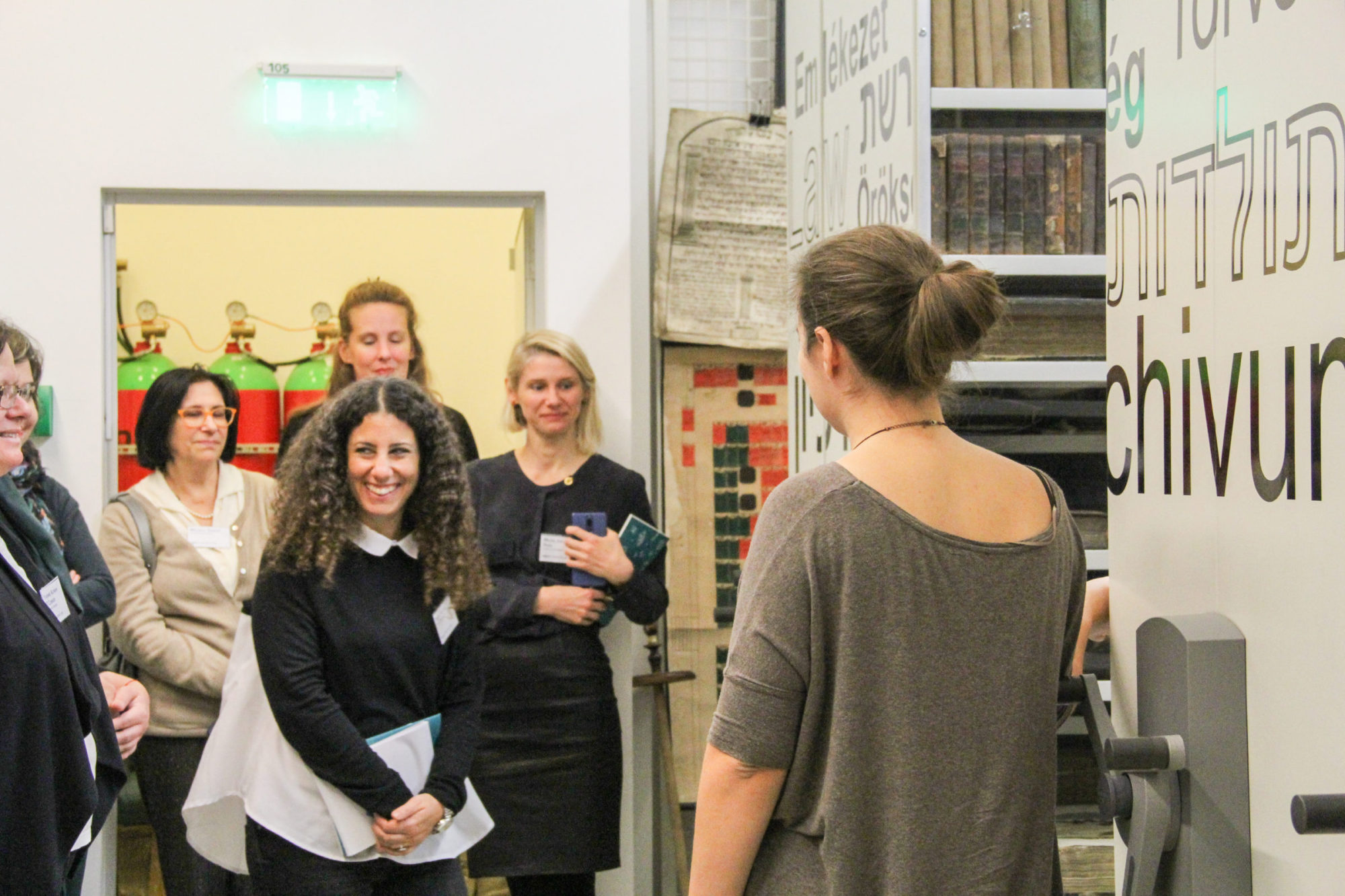 The AEJM Conference 2018 brought together over 100 delegates in Budapest, Hungary. The conference took place 18-20 November, and was generously hosted by the Hungarian Jewish Museum and Archives.

The Conference looked into the theme of The Politicisation of Museums. European Jewish Museums: Consequences and Responses. Authoritarian leaders are on the rise and so is anti-Semitism. How should Jewish museums in Europe respond to these developments? What is their role in the midst of disintegrating societies? Which kind of support should they seek or initiate?

Before the official opening of the conference by Emile Schrijver, Chair of AEJM, and Zsuzsanna Toronyi, Director of the Hungarian Jewish Museum and Archives, delegates were invited to get to know more about the hosting institution during the optional guided tours of the museum, the Dohány Street Synagogue and the Garden.

Keynote speaker Dr Clive Gray, Associate Professor in Cultural Policy at the Centre for Cultural Policy Studies, Warwick University (UK), explores museums as institutions, which at their core are deeply and unavoidably political. His keynote complicated the idea of ‘politicisation’ as a singularly top- down exercise, drawing attention to the processes – internal and external – by which museums, willingly or not, are driven by political agendas.

The other plenary sessions included moderated conversations on the following themes:

The participants were also able to partake in smaller group sessions divided into three Professional Focus Groups: Educational, Curatorial and Leadership. These sessions were developed to support museum professionals that actively work in the field as an educator, curator and/or leader.

The plenary programme ended with a new format for sharing projects and best practice examples amongst colleagues and partner institutions: the Project Slam. Seven museum professionals shortly presented projects of excellence that gave insight into the diversity of the European Jewish museum landscape. The audience was asked to save its questions for the Hungarian Coffee Table Talk, where each presenter had a round table to discuss their respective projects while enjoying coffee and cake.