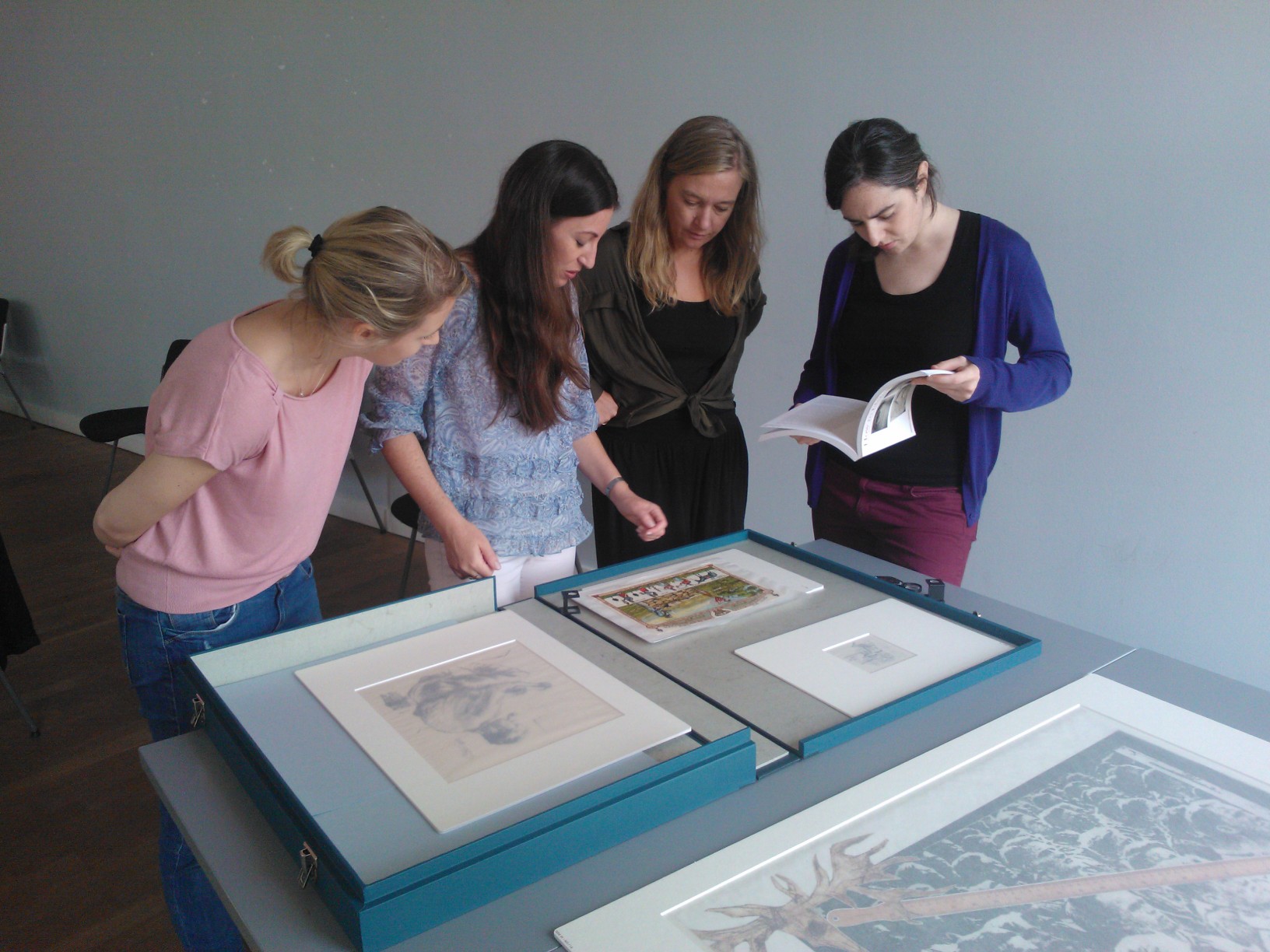 A group of curators from different European Jewish museums and collections – from Athens to Warsaw, from Simferopol to Jerusalem – participated in an intensive 5-days programme with workshops, lectures, presentations and discussion on curatorial practice at Jewish museums and in particular on working with Judaica collections.

The collection of the Jewish Museum Berlin formed the starting point of several workshops, for example on silver ritual and secular objects and on printed images. Dr Reinhard Sängler lectured on the craftsmanship of silversmiths, which provided the participants with a theoretical basis for the hands-on workshops on silverware. The participants also visited the Centrum Judaicum and worked on identifying inscriptions and symbols at the Jewish Cemetery Schönhauser Allee.

Anna-Carolin Augustin, curatorial trainee at the Jewish Museum Berlin and A-CEP participant, tells: “As a young professional, it was a great opportunity to make personal contact to colleagues from all over Europe, gain insight into different collections and to benefit from lectures and workshops based on the expertise of the other participants.”