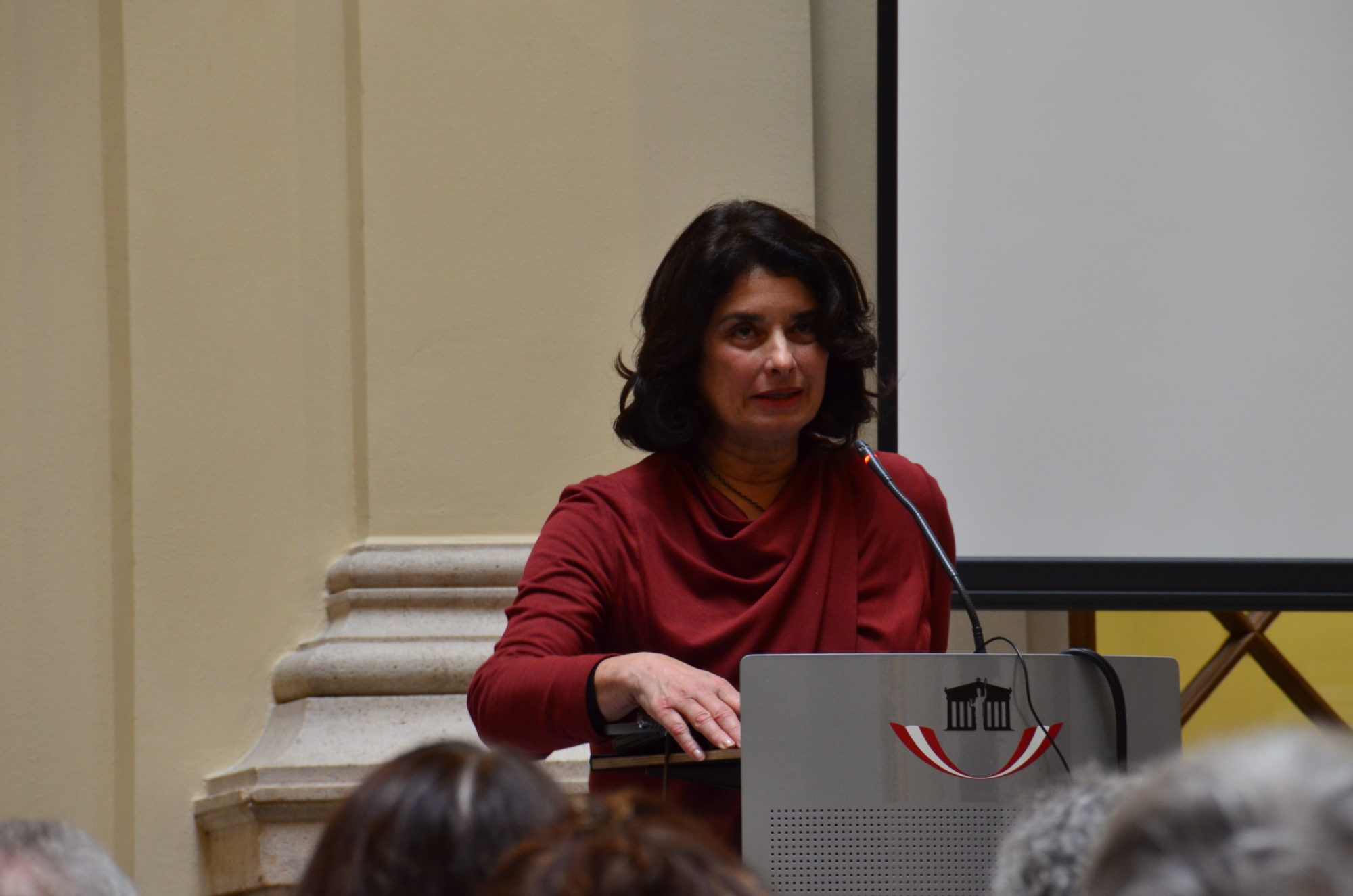 The AEJM Annual Conference 2012 took place from 17 until 20 November in Vienna. More than hundred delegates from 26 countries participated in the lectures, discussions, and workshops of this year’s edition Change and Complexity. How Jewish Museums Remember and Reinvent Themselves.

On Saturday 17 November the programme started at the Jewish Museum Vienna with an evening reception and the first keynote lecture Facts, Projections, Voids: Milestones of Austrian Jewish History by Dr Martha Keil of the Institute for Jewish History in Austria. In her lecture Keil elaborated on 800 years of Jewish life in Austria by showing different important objects from Austrian-Jewish history. Keil not only offered insight in this rich and complicated history, but also reflected on the museological past of the Jewish Museum Vienna by structuring her lecture according to the set-up of the exhibition Teitelbaum lived here from the early nineties.

In the second keynote lecture Change and Complexity. How do museums deal with their own past Reesa Greenberg (Ottawa) discussed diverse attitudes of Jewish museums towards their own history, expressed in special exhibitions, permanent displays and websites. Greenberg showed how open reflection on a museum’s own position and discourse is crucial for its development.

The panel discussion Change and Complexity. How do museums reinvent themselves focused on change and development in the permanent displays of Jewish museums and included presentations from Frankfurt, Berlin and Amsterdam. Delegates could further participate in workshops on contemporary Judaica, historical film footage in exhibitions, museum education, museum archives, the development of the new core exhibition of the Jewish Museum Vienna and Judaica in the private Dr Ariel Muzicant Collection. During the excursion programme delegates visited the Museum Judenplatz, the Stadttempel synagogue, the Seegasse cemetery, and the Jewish Theatre Hamakom.

On Wednesday 21 November a group of 35 delegates participated in an excursion to Bratislava in Slovakia. Maros Borsky welcomed the group at the new Jewish Community Museum in the Haydukova Street Synagogue. After a walking tour along Jewish sites of interest, the group was welcomed at the Museum of Jewish Culture by Michal Vanek and director Pavol Mestan. This was followed by a visit to the Jewish Community Centre and the Chatam Sofer Memorial.

“The topic of the Conference was great for those who are recreating their own museums and even better for those who are building a new one, as is our case in Brazil. We are very far from the discussions that are happening abroad, so this is the time to exchange experiences.” says Roberta Sundfeld from the Jewish Museum Sao Paulo, who participated in the Vienna Conference and the excursion to Bratislava.