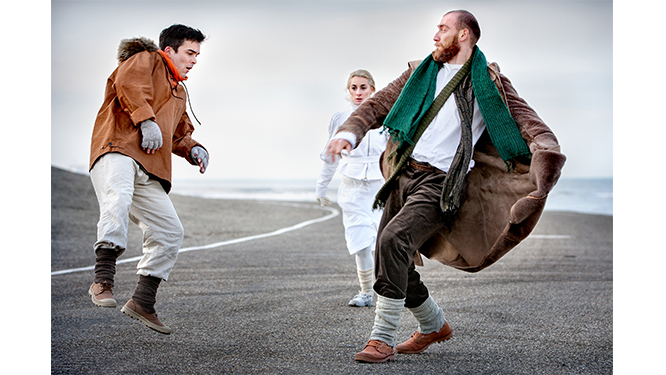 An Installation in 15 Rooms by Saskia Boddeke & Peter Greenaway

Few biblical stories are as controversial as the one about God’s command to Abraham to sacrifice his own son. Although the sacrifice was ultimately not performed, the terror has lingered on through the centuries. The story is scandalous, as Isaac – the key figure in Israel’s future – is at stake and thus all previous promises to Abraham. For all three monotheistic religions, the story from the first book of Moses (Genesis 22) is of outstanding importance, but how it is interpreted varies a great deal – particularly as in the Islamic tradition, it is the firstborn son Ishmael who is chosen for sacrifice.

Multimedia artist Saskia Boddeke and director Peter Greenaway understand the sacrifice of Isaac as a human drama. Which is stronger – God’s command or the love of a father? And where can the modern subject be found between the priorities of obedience and trust?

Taking these questions as their starting point, Boddeke and Greenaway have developed a coherent artistic scenario that approaches the biblical narrative subjectively, deconstructs it, and refocuses the constituent parts to create an emotionally tangible scenario.

The result is a multimedia exhibition – using film projections, installations, precious objects, and its own soundtrack, the biblical narrative is staged as a sensuous and emotional showpiece in fifteen parts. Its dramaturgy is inspired by the legends of the Jewish, Christian, and Islamic traditions, and linked with the experience of our time.

This page contains restricted downloads, that only members can view.
Please login first.
To member