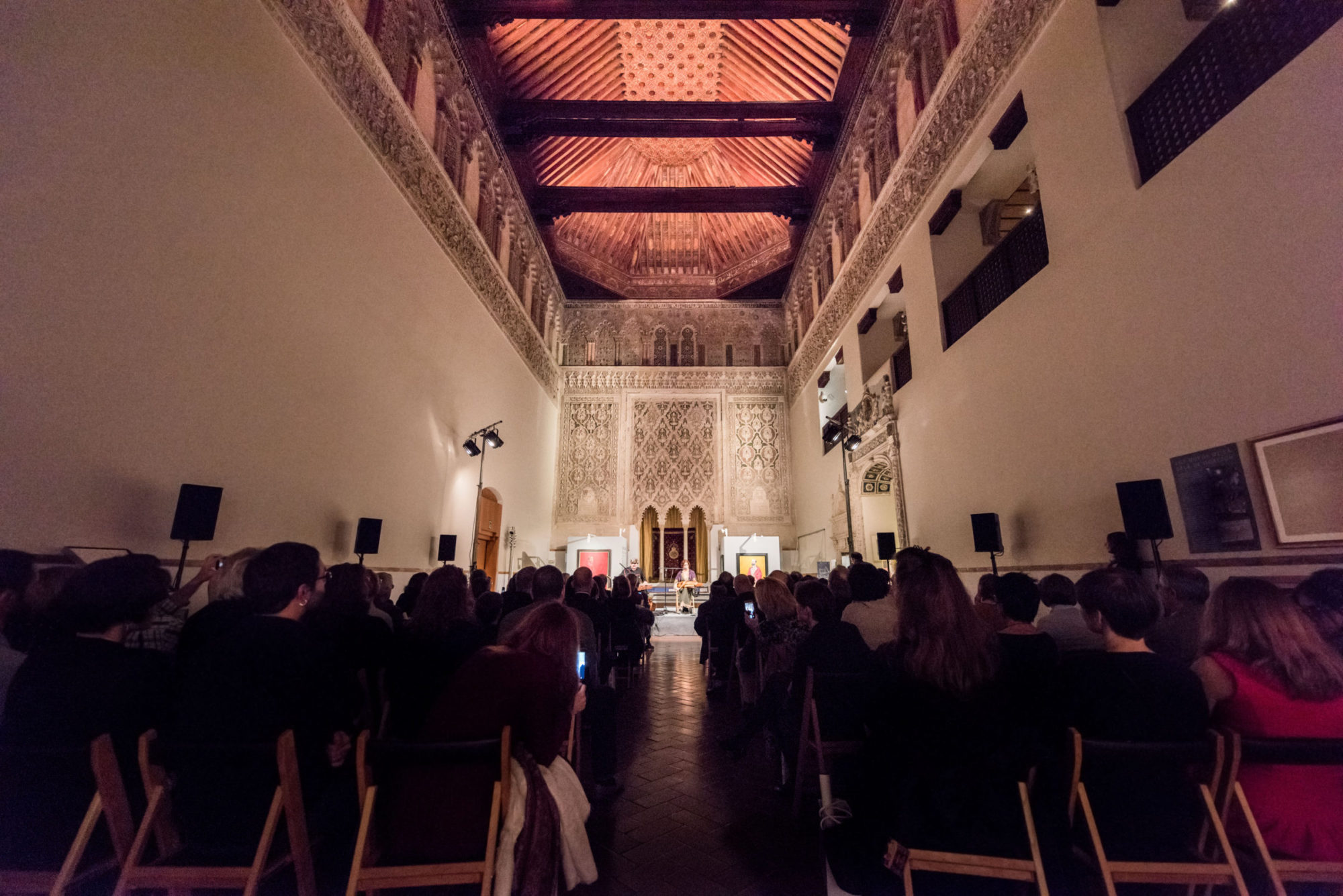 The AEJM Conference 2017 brought together more than 100 delegates in Toledo, Spain, a town with a rich medieval Jewish history. The conference took place 19-21 November, and was generously hosted by the Sephardic Museum of Toledo.

The Conference looked into the theme of The Absence of Things. How do museums deal with historical periods from which almost no material culture remains? How does this Absence effect the curatorial practices of European Jewish museums?

Two keynote speakers shared their perspectives on The Absence of Things. Elma Hašimbegović, the director of the History Museum of Bosnia and Herzegovina in Sarajevo, addressed the topic in conversation with Joanne Rosenthal. Dr Javier Castaño, CSIC – Spanish National Research Council, discussed the representation of Hispanojewish and Sephardic Material Culture in Spain in relation to absence. You can read Dr Castano’s keynote lecture via our Lecture’s Archive.

To get to know the history of the town hosting the conference, the delegates were treated to a walking tour of Toledo, which included the Jewish quarter with the two synagogues Santa María la Blanca and El Tránsito, as well as non-Jewish sites of importance to the history of Toledo.

The plenary sessions took place in the Sephardic Museum and the Real Fundación de Toledo, and included panel discussions, lectures and presentations. Museums from across Europe presented their recent projects and developments, and the membership was presented with new Jewish museums that will open in the coming years – in Portugal, Brazil, Italy, Germany and Lithuania.

The participants were also able to partake in smaller group sessions with a range of topics. Among the options were sessions dealing with education programmes, a talking circle on leadership, a workshop on provenance research, and two archival visits. There was also an optional day trip to Segovia, which – like Toledo – had a significant Jewish community in the Middle Ages.

The official conference programme was concluded by the Annual General Meeting. The Lost Shtetl Museum Project in Šeduva was approved as an associate institutional member of the AEJM. Succeeding Hanno Loewy, Emile Schrijver, General Director of the Jewish Historical Museum and the Jewish Cultural Quarter in Amsterdam, was elected the new Chairman of the AEJM.

The location of the next AEJM Annual Conference was revealed, and we look forward to welcoming you all to Budapest in 2018, in collaboration with the Hungarian Jewish Museum & Archives.