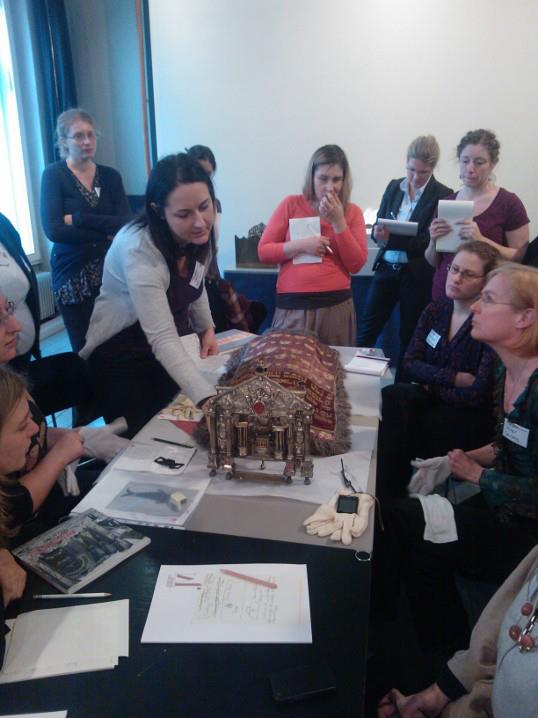 Staff members from sixteen museums participated in an extensive three days programme with workshops, lectures and discussions and curatorial work in Jewish museums. Workshops by Felicitas Heimann-Jelinek, Annette Weber and Eva Atlan focused on identifying and interpreting textile objects, Chanukah lamps and other silver objects from the collection of the Jewish Museum Frankfurt. Curator Anja Lippert was so kind to bring recently discovered Torah wimples from the collection of the City Museum in Aschaffenburg to Frankfurt for further identification and interpretation at the workshop. During the excursion to the new synagogue in Mainz the participants of the CEP had the opportunity to study Torah ornaments that were previously never documented.

“After participating in AEJM’s curatorial education program at the Jewish museum in Frankfurt am Main for three days, I felt that my eyes will never be the same. Patiently guided by experts of Judaica, participants from all over Europe together learned how to examine rare pieces, and what to look for when trying to date them.“ says Yael Fried from the Jewish Museum Stockholm, who participated in the programme.