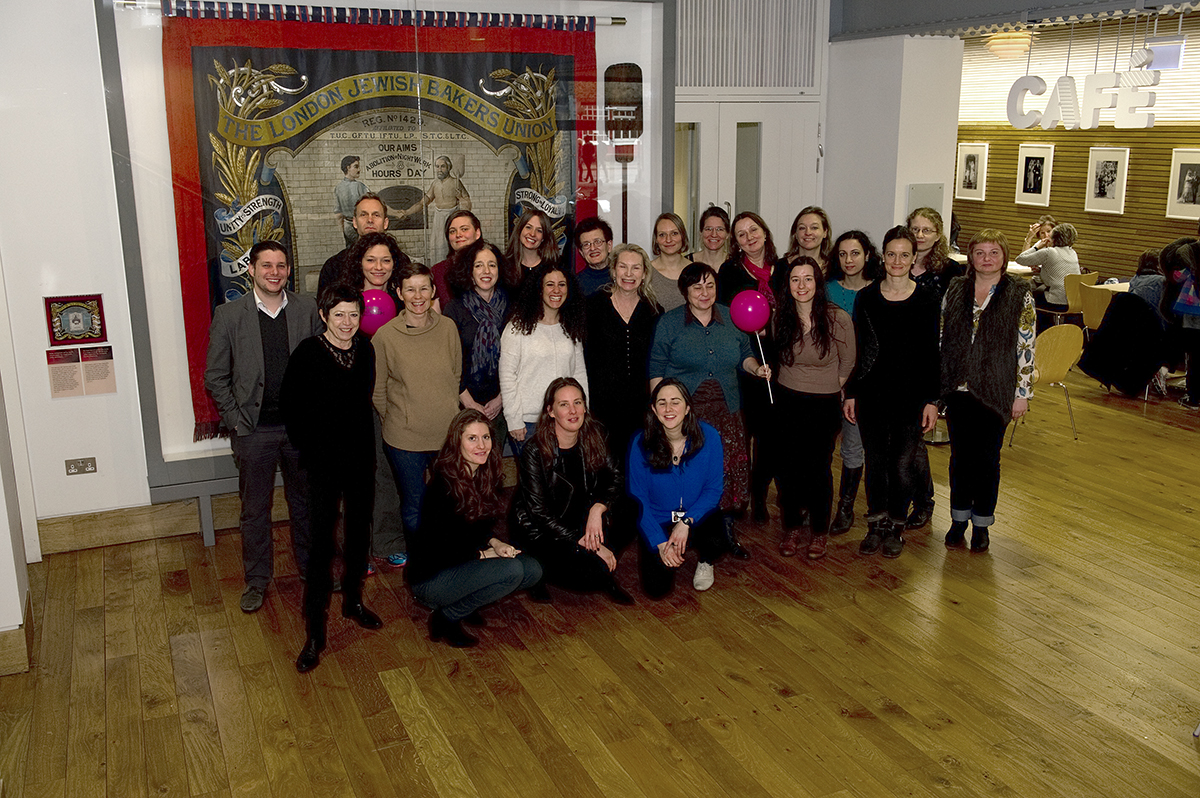 Since 2014 the AEJM initiates with the support of the German Federal Foreign Office the Advanced Curatorial Education Programme, a professional development programme for curators working at Jewish museums or with Jewish collections. The first 2015 edition was hosted by the Jewish Museum London and took place from 15 until 19 February.

The intensive 5-day seminar was attended by an international group of 20 curators from 13 different European countries. The programme, organised by A-CEP Programme Director Felicitas Heimann-Jelinek assisted by Michaela Feurstein-Prasser and London curator Joanne Rosenthal, focused on the collections of the Jewish Museum London.

Lectures on Anglo-Jewish silver of the 17th and 18th century by former JML Director Edgar Samuel, on the Anglo-Jewish Historical Exhibition by Felicitas Heimann-Jelinek, and on the evolution of the JML Judaica collection offered a theoretical starting point for the hands-on workshop, wherein the participants studied silver objects and wimples from the JML Judaica collection. At the Czech Memorial Scrolls Trust, where the group was welcomed by Evelyn and Ariel Friedlander, the participants could continue to research Torah binders and wimples originating from Bohemia and Moravia. Through a lecture by curator Elizabeth Selby and a hands-on workshop the participants also learned about the JML Social History Collection.

Other excursions included a visit to the Victoria & Albert Museum and the Bevis Marks Synagogue. At the V&A the group was invited for a behind-the-scene presentation of a 17th century Sephardic Torah mantle that is planned to be part of the permanent exhibition of the museum. The tour of the Bevis Marks Synagogue, the oldest synagogue in the United Kingdom, by curator Maurice Bitton gave further insight into the Sephardic heritage in London.

The museum analysis session focusing on the Judaica galleries at the JML facilitated discussion on exhibition practice. After a lecture by Ian Blair, senior archaeologist at the Museum of London Archaeology, on the excavation of the London Mikvah, the participants also analysed the presentation of the Mikvah at the museum.

“Overall the curatorial education programme gave great insight into the museum practice of the Jewish Museum London, provided the opportunity for exchange with colleagues and lastly enabled me to look at our own collection with a better understanding.” says Sara Tas, junior curator of the Jewish Historical Museum in Amsterdam.