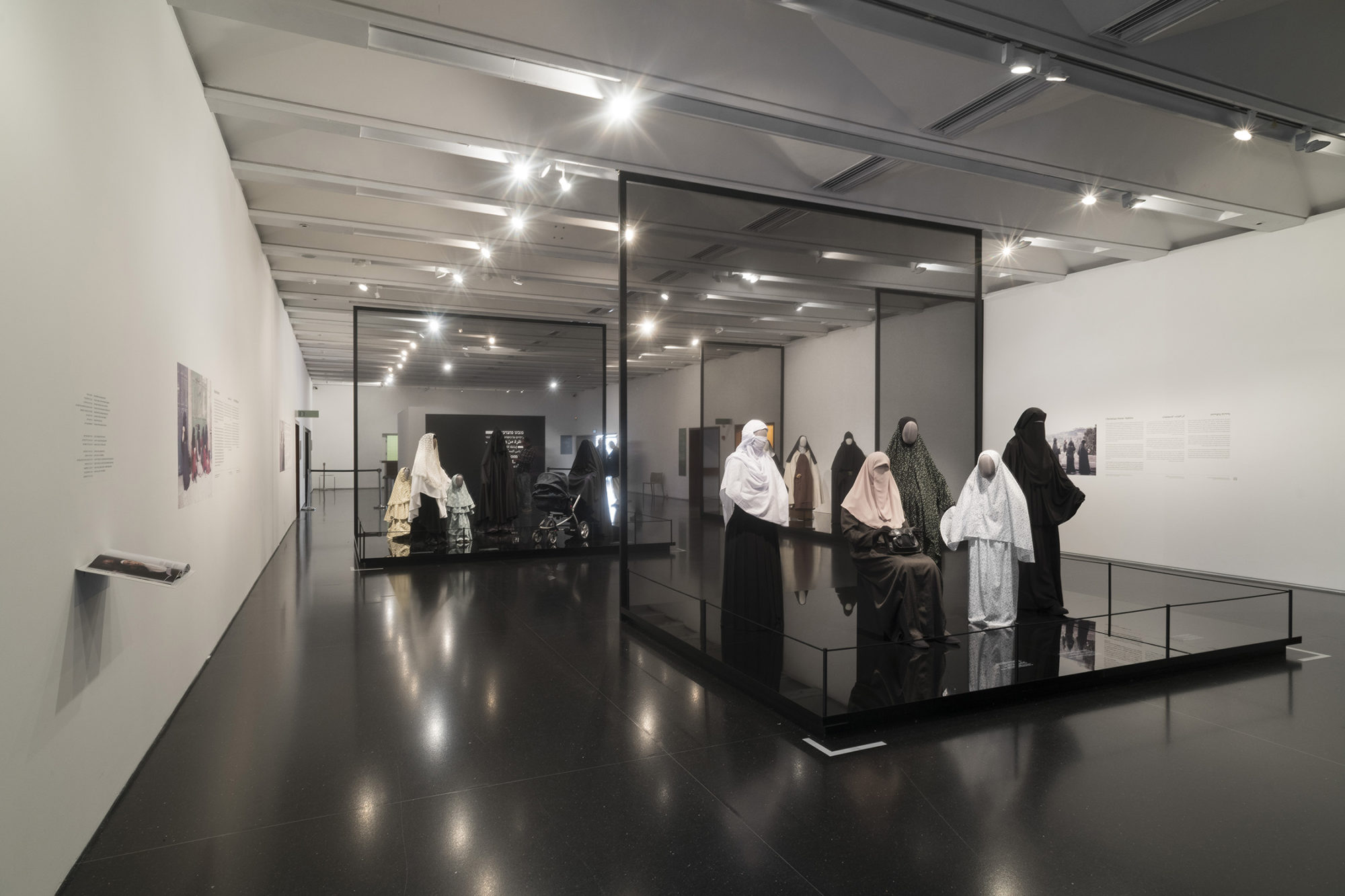 2019 Veiled Women of the Holy Land

When you see them from afar in the streets, dark female figures robed from head to foot, it’s hard to tell: Jew, Muslim, or Christian? Perhaps the similarity between the outfits of pious women from all three religions stems from a shared desire to connect to their matriarchs: the biblical Sarah, Rebekah, Rachel, and Leah; the wives of the Prophet Muhammad; or Mary, the mother of Jesus, and the early Christian saints. For the Jewish “modesty women,” the top-to-toe coverings are a means to hasten redemption, while for the Muslims it’s a way to express their identity, signal their presence, and, sometimes, voice political protest. The local Christian nuns, whose habit may have influenced the dress of both Jews and Muslims, live in relative solitude and devote themselves to a spiritual life in their convents; hence, despite the external similarity to their Jewish and Muslim sisters, they are the exception in this equation.

It is estimated that Jewish women in fifty to eighty families in Jerusalem have adopted this style of dress, along with an unknown number in other Israeli cities. This exhibition – which displays outfits worn by the three different denominations and a video work – seeks to remove the veil of consciousness that we all wear when we observe them and, gently, to raise the women’s layered wraps and let their voices be heard. Do the clothes they wear empower them or protect them? Do they conceal them or make them conspicuous? Are these clothes the outcome of years of oppression and internalization of the male gaze or are they, on the contrary, an expression of independence and defiance of the permissive secular world? The answers are numerous and fraught with contradictions, but it is clear that these women — many of whom are newly religious or becoming more devout — are imbued with a sense of mission, and that they choose to cover their bodies with ever more layers to express their piety and modesty in their own way.

This exhibition and the book that accompanies it explore a trend that has established itself over the past twenty years, in an age when the female body often serves as a battleground for warring ideologies. Where did this trend spring from and what do we feel when we see these clothes that efface the wearer’s identity? We invite you to observe, read, listen – and draw your own conclusions.