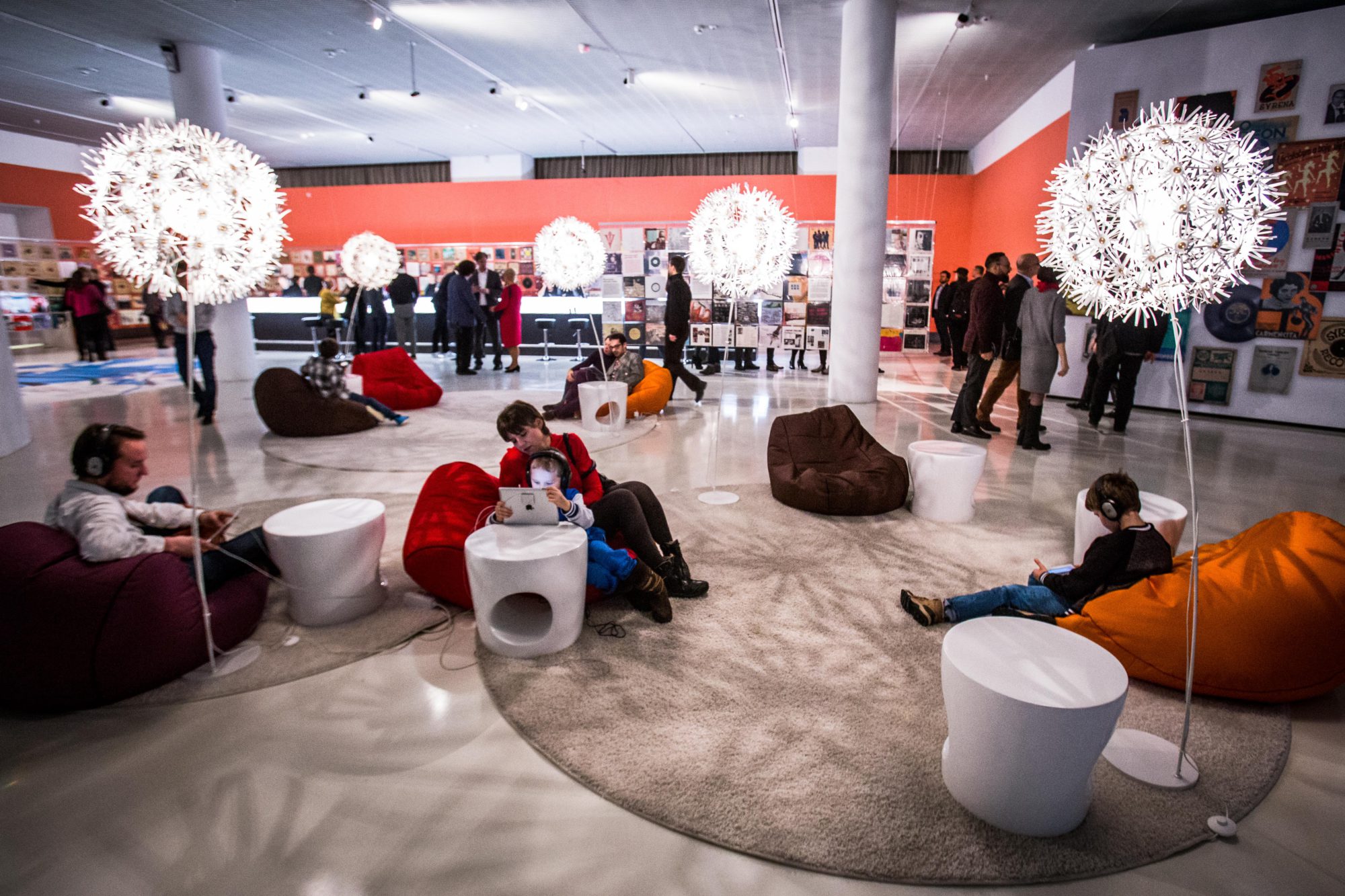 Jukebox, jewkbox! A Jewish Century on Shellac and Vinyl

The exhibition shows how the 20th century Jewish experience found its expression on records – from the introduction of synagogue music to middle-class Jewish homes to the reinvention of Jewish folk and klezmer music; from the journey of Yiddish theater songs to the stages of Broadway, and to the rebels of punk. It tells the story of shellac and vinyl as a history of Jewish inventors, entrepreneurs, music producers, musicians, composers, and songwriters. Their music – the sound of the 20th century and its best-known songs, musicals and soundtracks – was not always a “Jewish“ music, but nonetheless it constituted a product of the Jewish experience.

The exhibition at POLIN Museum of the History of Polish Jews Polish has been supplemented by a section dedicated to Polish-Jewish composers, performers and entrepreneurs in the entertainment business. The visitors will be able to see original phonographs and gramophones on loan from the local collectors and listen to reminiscences of the representatives of the Polish contemporary radical new Jewish music scene. Their stories have been retold in detail in the book titled Stories from Poland published by POLIN Museum as an appendix to the main exhibition catalogue.

Read more about the exhibit here.