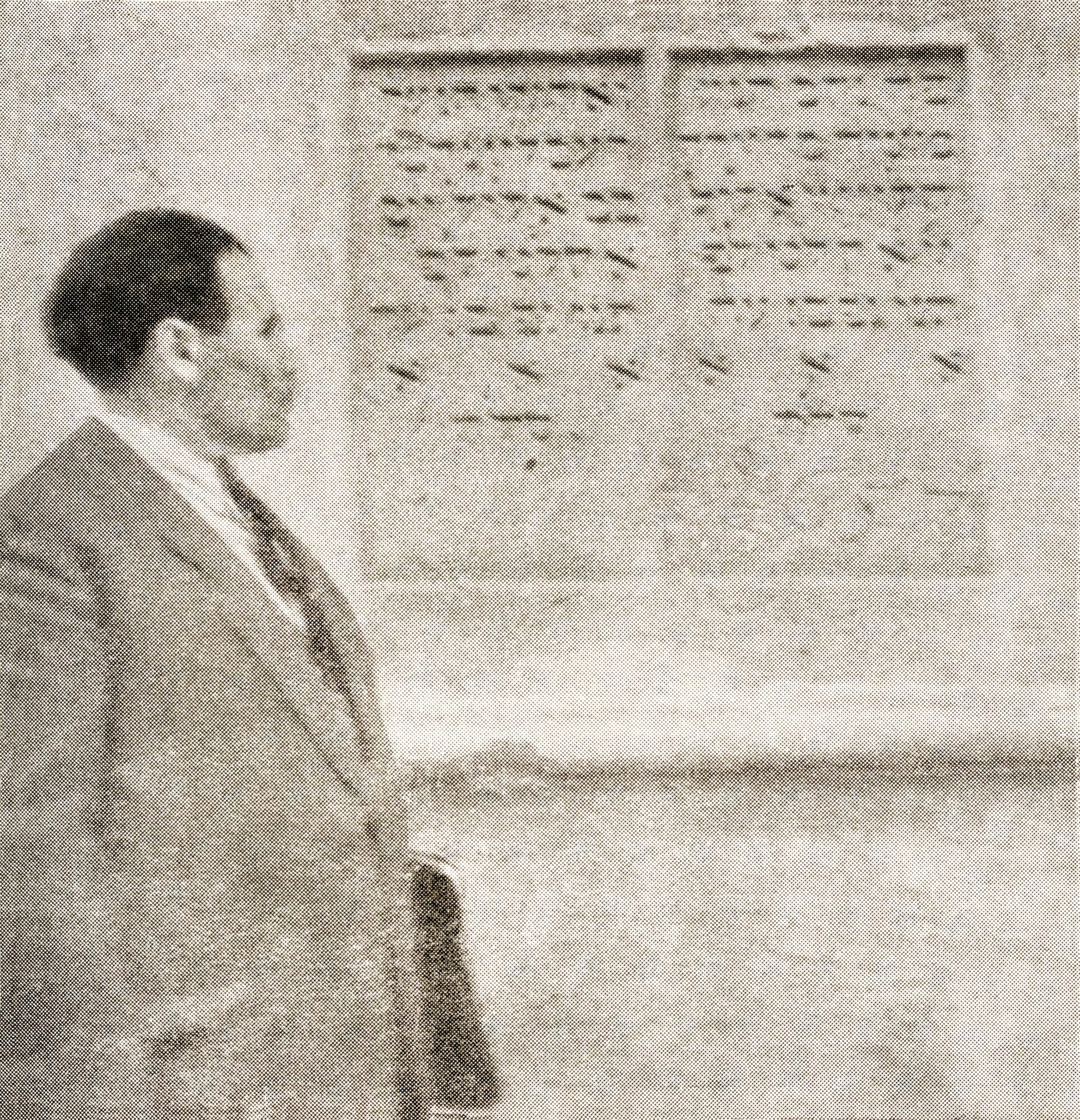 In the Labyrinth of the Times

With Mordechai W. Bernstein through 1700 years of German-Jewish History.

Mordechai W. Bernstein (1905–1966) worked for the “Yiddish Scientific Institute” (YIVO) in Wilno which relocated to New York in 1941. He was commissioned by the YIVO to trace documents and objects which had been looted during the Nazi era. Between 1948 and 1951 he visited some 800 places in his search for vestiges of German-Jewish culture. He published the results of his findings in three volumes written in Yiddish and, as such, created a musée imaginaire for a German-Jewish culture which had been destroyed.

The exhibition shows 18 objects which Bernstein tracked down, and juxtaposes Bernstein’s viewpoint, from the perspective of the immediate post-war period, with that of the present day. The range of objects reflects the diversity of German-Jewish culture.

The exhibition on the first level starts with the oldest of the objects: An oil lamp from Antiquity decorated with a menorah which was, for a long time, at the center of a debate on the beginnings of Jewish life in Trier. It continues chronologically, covering a variety of places and events associated with German-Jewish culture. On the second level, exhibits include a fire-damaged Torah finial from Laupheim near Ulm which testifies to the Nazi’s destructive frenzy. Apart from everyday and ritual objects, the subject of architecture is also incorporated in the exhibition: A model of the main synagogue in Munich which was ordered to be demolished in June 1938 is among the other objects on display.
Bernstein’s viewpoint of the objects, signifcantly influenced by the Yiddish culture of East European Judaism, forms the central theme that runs throughout the exhibition. This was fundamental to his way of thinking and his actions, as encapsulated in Bernstein’s Yiddish quotations in the exhibition.

An exhibition of the Jewish Museum Munich